Harare is an attractive city characterised by its fantastic all year round weather, tree lined streets and wide open spaces. The city is essentially laid out in a grid system and is very accessible and easy to get around with a large and widespread suburban area. For many decades Harare was acclaimed for its cleanliness and vibrancy which unfortunately is no longer the case, however it is still worth a visit and there is plenty to see and do including some lovely gardens and a good combination of colonial and modern architecture.

The city was founded in 1890 by the Pioneer Column and was named Fort Salisbury after The 3rd Marquess of Salisbury, Lord Salisbury, then British Prime Minister. It subsequently became known simply as Salisbury. After ninety years the city’s name was changed to its present name of Harare in 1982.

Harare, located in Mashonaland Province, is Zimbabwe’s capital city and leading financial, commercial, and communications hub. For decades it was also the main handling and processing centre for raw materials such as tobacco, milk, maize, cotton, citrus fruits and meat products. Prior to the country’s present economic decline, Harare manufactured a wide range of goods include textiles, steel and chemicals as well as numerous food products. Most heavy manufacturing and engineering was undertaken in Bulawayo.

The University of Zimbabwe, founded in 1952, is the country’s oldest university and is located in the suburb of Mount Pleasant which is about 6 km (3.8 miles) north of the city centre. Harare is home to the country’s main Test cricket ground at Harare Sports Club and to Dynamos F.C., Zimbabwe’s most successful association football team.

Zimbabwe’s wood carvers and stone sculptors are renowned as being the best in Africa and have built up an enviable reputation world wide. Most of the sculptors are Shona in ethnicity and the quality of their work is really worth seeing and of course there is plenty to buy with items ranging in price from just a few dollars to thousands. Over the last few years a number of ‘new generation’ sculptors have emerged who have moved away from the more traditional carvings and are producing some wonderful abstract pieces.

A variety of stone is used and most belong to the geological family Serpentine. and differ in hardness from the ‘soft’ soapstone and opal stone to harder ones such as Leopard Stone,  Springstone, Fruit Serpentine  and Red Jasper. The vast majority of stone used is sourced in Zimbabwe with different stones coming from different areas of the country. Due to the economic situation in Zimbabwe many of these fine artists now plough their trade in neighbouring countries.

Britain’s strong historical influence is reflected in many of the legacy institutions, systems and processes one will come across in Harare. In times past the country was renowned throughout the world for the quality of its education and a number of its top schools are located in Harare such as Churchill, Prince Edward, Oriel, Queen Elizabeth, St Georges, Roosevelt and Arundel, amongst others.

In terms of facilities there is a lot to see and do in and around Harare. Harare has some very good golf courses and is home to Royal Harare which has hosted many prestige tournaments over the years and was the home club of Nick Price the former world number one. The weather is very conducive to outdoor activity and the country has always played a number of sports. The majority of clubs are based in Harare’s suburbs. Football has always been the largest participation sport but a number of other sports have been popular such as Rugby Union, Hockey, Cricket, Cycling, Netball, Squash, Motor Racing and Athletics, amongst others.

Harare offers a variety of cuisine and generally the food is well priced and of a good quality.

See ‘Attractions’  and ‘Activities’ below. 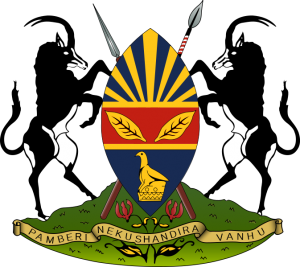 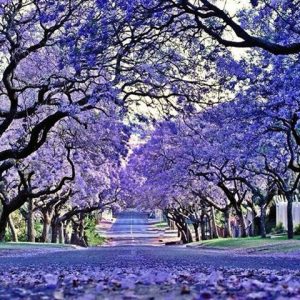 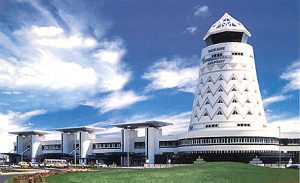 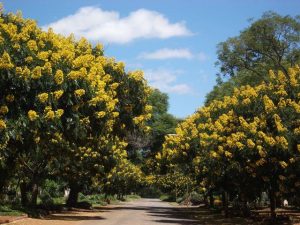 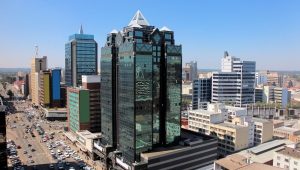 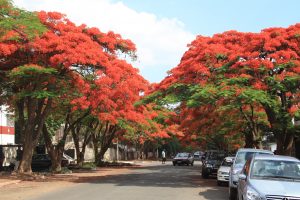 Harare has a number of hotels, lodges and guest houses with many of the hotels being in close proximity to the city. Road access into the city is relatively easy and many visitors who prefer not to stay in the larger hotels opt for one of the many quality lodges / guest houses that are available particularly in the more upmarket northern suburbs.

Car hire is available as well as taxis or pick-ups can be arranged.

If you are not part of a tour party then you will need a vehicle to get around Harare. Sat Navs do work and are a good idea for visitors.

There are a number of interesting things to see and do in and around Harare. Most of the attractions listed below are on the outskirts of Harare and transport is required.

A Brief History of Harare

Founded by the BSAC (British South Africa Company) on the 12th September 1890 as a fort, Harare was officially called Salisbury until 1982.  BSAC administrators set the boundaries of the city and surrounds and ran it until Southern Rhodesia achieved responsible government in 1923. Salisbury was thereafter the seat of the Southern Rhodesian (later Rhodesian) government and, between 1953 and 1963, the capital of the Central African Federation.

Salisbury was the capital of the self-governing  British colony of Southern Rhodesia from 1923, and of the Federation of Rhodesia and Nyasaland from 1953 to 1963.

Ian Smith‘s Rhodesian Front government declared Rhodesia independent from the United Kingdom on 11 November 1965, and proclaimed the Republic of Rhodesia in 1970.

Subsequently, the nation became the short-lived state of Zimbabwe Rhodesia in 1979 and it was in 1980 that the country was internationally recognised when it was granted independence from Britain and became the Republic of Zimbabwe.

The city area at the time of founding was poorly drained and a significant amount of drainage and construction work was undertaken prior to the development of road works and building structures.

The first area to be fully drained was near the head of the stream and was named Causeway as a result. This area is now the site of many of the most important government buildings, including the Senate House and the Office of the Prime Minister (now Office of the President).

Harare has a pleasant  subtropical highland climate. The average annual temperature is 17.95 °C (64.3 °F) which is low for the tropics. This is due to its high altitude and the prevalence of a cool south-easterly airflow.

The average annual rainfall is about 825 mm (32.5 in) in the southwest, rising to 855 mm (33.7 in) on the higher land of the northeast. Very little rain typically falls during the period May to September, although sporadic showers occur most years. Rainfall varies a great deal from year to year and follows cycles of wet and dry periods from 7 to 10 years long. Records begin in October 1890 but all three Harare stations stopped reporting in early 2004.

The climate supports a natural vegetation of open woodland. The most common tree of the local region is the Msasa (Brachystegia spiciformis) that colours the landscape wine red with its new leaves in late August.

Two South American species of trees, the Jacaranda and the Flamboyant, which were introduced during the colonial era, contribute to the city’s colour palette with streets lined with either the lilac blossoms of the Jacaranda or the flame red blooms from the Flamboyant. They flower in October / November and are planted on alternative streets in the capital. An absolute sight to behold. Also prevalent is Bougainvillea

“A lot more vibrant and modern then I thought it would be. We were out and about most of the time and really enjoyed seeing the sites around Harare”

“We were so impressed by the hospitality we were shown wherever we went in Harare. Had a fantastic meal at Meikles La Fonteine restaurant… the weather was amazing”.