Situated just 46 kilometres from Bulawayo in the Matobo Hills

Big Cave is a privately owned safari lodge built on top of an enormous natural granite rock formation in the Matobo Hills which is a UNESCO World Heritage site.

Situated just 46 kilometres from Bulawayo, the lodge comprises eight thatched A-frame cottages, each with en-suite bathroom and private balcony. The lodges all blend into the surrounding environment and offer imposing views of the surrounds. They have been tastefully decorated with a natural African bush feel about them. All lodge rooms are African themed and very well appointed with comfortable beds and plenty of space. Each affords the visitor lots of privacy and the only sounds you hear are those of the plentiful array of birds.

The luxuriously appointed thatched main lodge is positioned amidst ancient Khoisan rock art and houses the Leopard’s Lair lounge and bar, a cave-style boma for pre-dinner drinks and the popular lodge library. Close by is a natural rock-pool and sundeck.

Big Cave is situated in the Matobo Hills which is the oldest National Park in Zimbabwe having been established in 1926 at the bequest of Cecil John Rhodes.

The ‘Matopas’ as it is widely known, is a very spiritual place and offers the visitor a wide variety of activities.. The amazing rock formations alone warrant a visit and the Matobo Hills area boasts many impressive examples of San Bushmen paintings which are well worth seeing.

Whilst the Big Cave is ideal for anyone who simply wants to relax, there are many activities on offer which may include swimming, guided bush walks, visits to a local village, game viewing in the national park, birding, or a visit to the magnificent ‘Worlds View’ where you can visit Cecil John Rhodes grave and the Shangani Memorial. 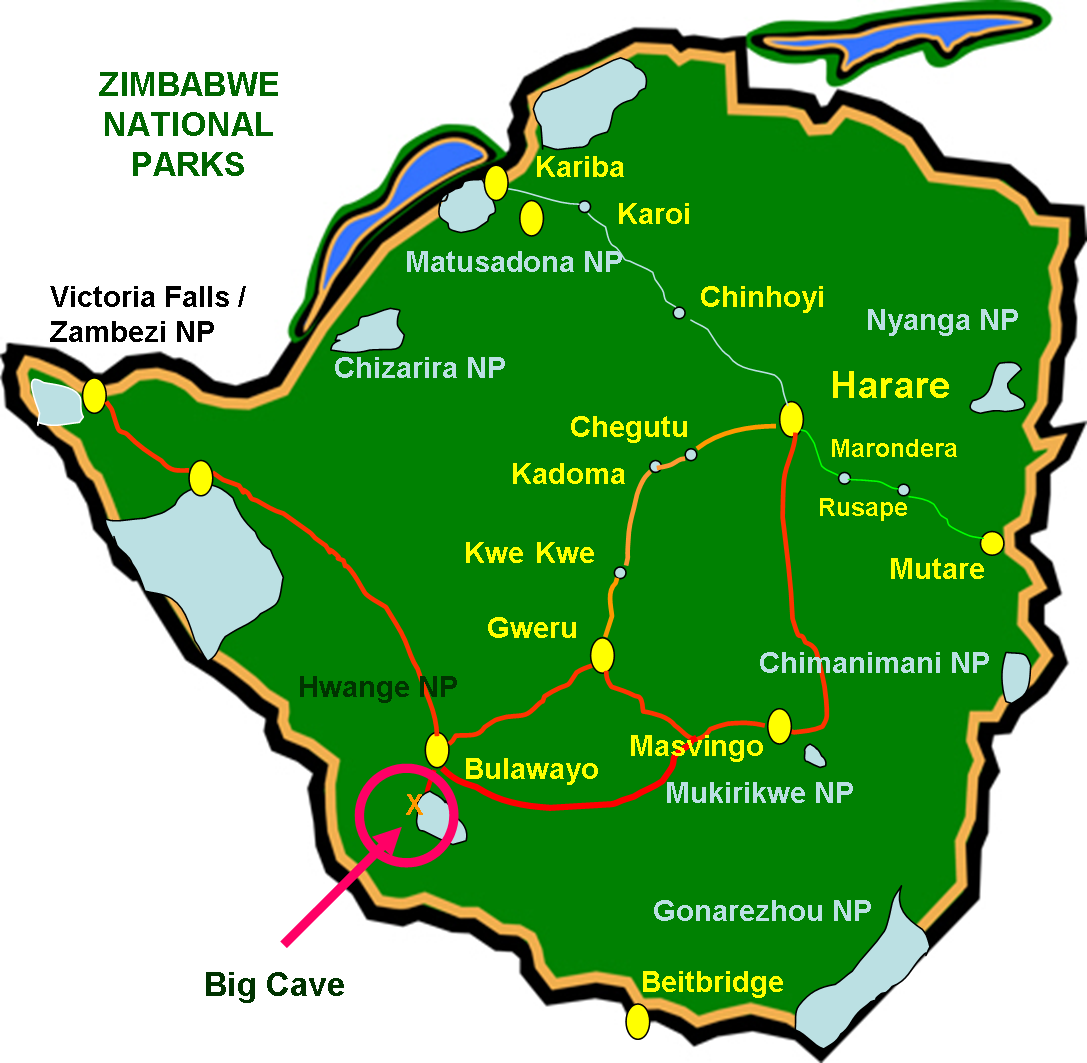 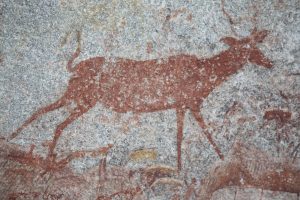 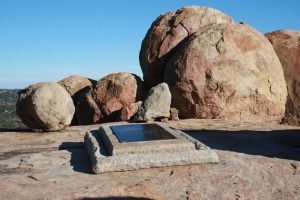 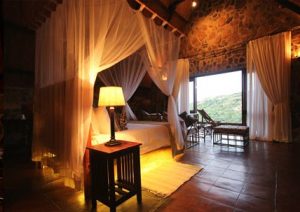 The design of the lodges is A-frame granite under thatch, which ensures they are cool in summer and warm in winter. The eight lodges, each with en-suite bathroom and private balcony, resonate African creative flair. Included is a honeymoon suite, as well as family rooms for those with small children.

The hut has electricity and a plug point so you can recharge cameras or phones. The art on the walls was done by a local Ndebele staff member so is completely authentic. There are shared ablution facilities with the Big Cave Camp campsite.

You get the rustic camping experience but with a permanent roof over your head and don’t have to pitch a tent!

Cost $20 per person per night.

Big Cave is 46 kms from Bulawayo. We can arrange pick up from the airport or from a pre-arranged venue in Bulawayo.

Matobo National Park has a wide diversity of wildlife with 175 bird, 88 mammal, 39 snake and 16 fish species. Animals include rhinos, sable antelopes, impala, kudu, eland, klipspringer and leopards. The park contains a large population of the latter, due to the abundance of hyrax, which make up 50% of their diet. The game park in the west has been designated as an Intensive Protection Zone for the Black and White Rhino as well as hyenas, hippopotami, giraffes, zebras, wildebeest sand ostriches.

Matobo National Park contains the highest concentration of black eagles, and breeding pairs of these birds, worldwide.
A limnological research centre has operated since 1950 at Maleme Dam and researched species such as the yellow-fish Barbus mattozi.
Matobo’s diverse birdlife is reflected in the checklist of 347 species which have been recorded in the area. This is an impressive number for a small park and it is a popular destination for birders. The park is famous for its large concentration of raptors and has the world’s largest concentration of Verreaux’s eagles, which are also commonly known as Black Eagles. They can be seen perched on top of rock formations or soaring along the cliffs in search of prey. Migratory birds are present from November to April.

Big Cave is located in the South West of Zimbabwe in the Matobo Hills and is situated very close to the National Park.

The lodge  is 46 kms, approximately 45 minutes from Bulawayo. The road is tarred right up to the turn off to Big Cave.  A 4WD is not necessary.

There are a number of activities you can participate in whilst staying at Big Cave or you can simply relax in your room, in the lounge or by the pool.

“We stayed for one night at the Big Cave camp on the way to Victoria Falls and should have stayed for a week. It is a stunningly beautiful place situated half way up a kopjie and an easy drive from Bulawayo and the National Park. The accommodation is spotless with lovely views from each room. The meals were excellent and the staff wonderful. I couldn’t recommend it more highly.”

“Breathtaking views, most dedicated staff (you really do feel like at home!), most beautiful location, amazing variety of activities + delicious food! I’ve had the most amazing time! Highly recommend!!”

“We visited with my wife and 10 year old daughter and the memories of Big Cave Camp will remain with my daughter for life. She loved the Lizards and the Dassies (a kind of Rabbit) scurrying about everywhere. The screeches of Baboons and the talk of Leopards roaming the area added to the sense of being somewhere special.

… if you want to be close to nature, to experience warm hospitality and efficient service, to have good food and company and professional guided tours then go here. You will not regret it. ”.

“Our stay here was great. We needed time to recuperate and relax and swimming in the rock pool, walking over the rocks, breathing in and taking in the awesome views, dining with other travelers and restful sleep in the thatch room-bliss…”