Chinoyi Caves (formerly known as Sinoia Caves) have long been a popular stop off point for travellers on their way to Kariba, campers and day visitors from Harare enjoying a picnic.

The limestone caves were first discovered by Frederick Courtney Selous in 1887 which he later described in his writings in 1888. The history of the caves goes back long before this period and excavations in and near the caves have revealed the presence of people going back to very early times.

Carbon dated pottery and human remains excavated from the area are estimated to date back to AD 650. These caves are the most extensive cave system in Zimbabwe that the public can access.

The caves are located in Makonde District, Mashonaland West, in central, northern Zimbabwe. They lie approximately 9 kilometres (5.6 mi), by road, northwest of Chinhoyi, the nearest large town, and the location of the district and provincial headquarters.

There is a campsite run by the National Parks Authority and Caves Motel, a quiet, private establishment is located on site. The picnic and campsites are serviced by three ablution blocks with hot and cold water, baths, toilets and showers. 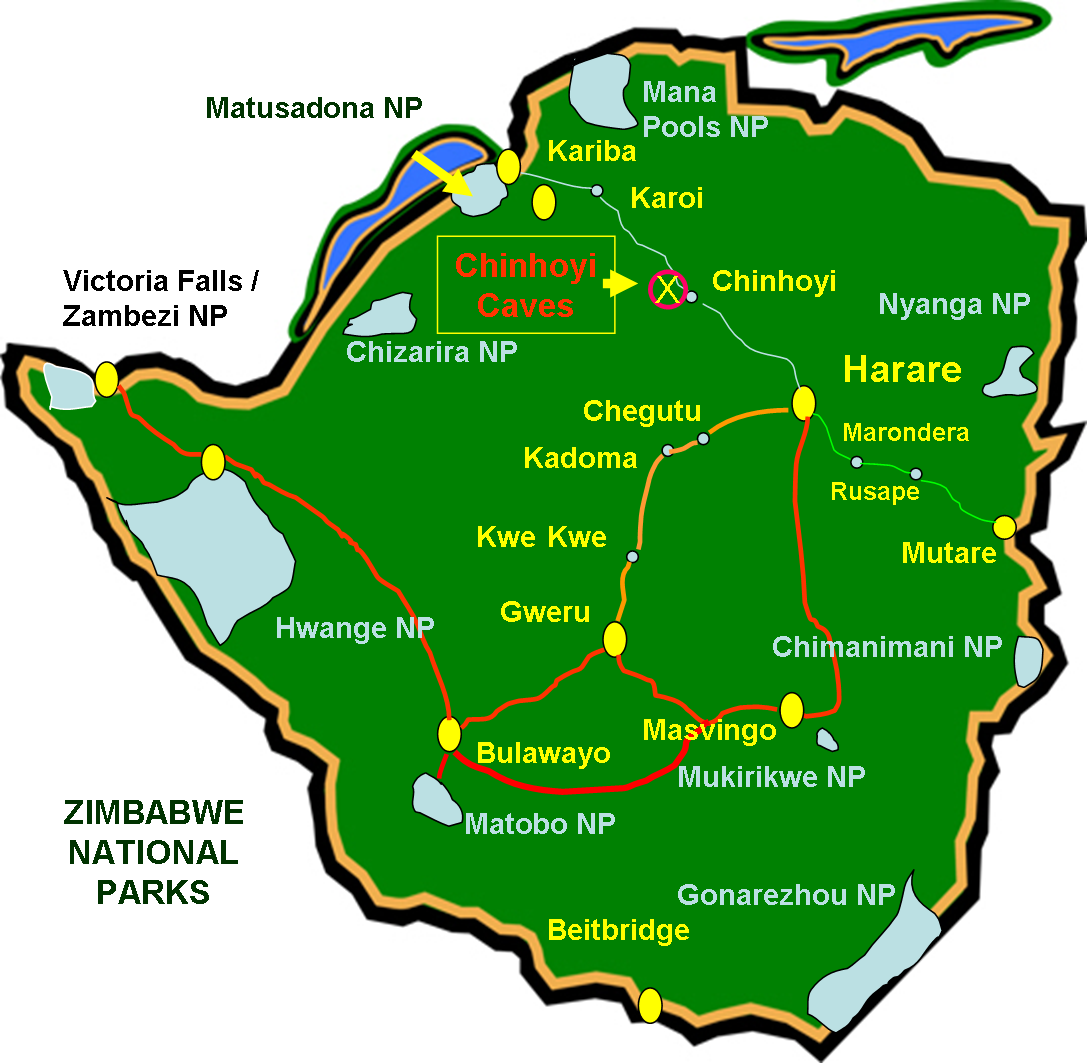 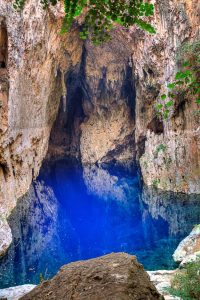 There are virtually no large animals in the Park, however, monkeys, baboons, bushpigs and rock hares can occasionally be sighted

Legend has it that a notorious local outlaw Nyamakwere murdered a number of people by throwing them into the Silent Pool.

Nyamakwere was eventually defeated and killed by a Headman named Chinhoyi who subsequently became a Mashona Chief and after whom the nearby town of Chinoyi is named.

Chief Chinhoyi and his followers used the Caves as a refuge from Ndebele raiders coming up from the south. Until a few years ago the remains of Chief Chinhoyi’s grain bins could be seen in some of the underground passages.

The traditional name for Chinhoyi Caves is “Chirorodziva” which means the “Pool of the Fallen”. The name was derived from an incident which took place in the 1830s when the Angoni Tribe, who were moving northwards surprised people living near the Caves and flung them into the pool.

The caves consist of a system of tunnels and caverns and are composed of limestone and dolomite.

The descent to the main cave with its pool of cobalt blue water is very impressive. The Chinhoyi cave system is regarded as a ‘dying one’, in geological time spans, in that they are slowly collapsing.

These collapses can be noticed by the sink holes and depressions within the surrounding area.

The Wonder Hole, which is the main feature of the Caves, is in fact a “swallow hole” or a large cavern with a collapsed roof.

The walls or sides of the Wonder Hole drop vertically down for 150 feet to the Sleeping Pool. The pool is bright blue in colour and crystal clear which reflects great depth and non-flowing water.

Divers have discovered a submarine passage leading from the Bat Cave, a sub-chamber of the Dark Caveto, another room known as the Blind Cave. Diving is possible in the caves all year round with temperatures never beyond the 22°C to 24 °C (72°F to 75 °F) range with no temperature drop (thermocline) in deeper water.

Visibility is high, and 50 metres (160 ft) and above is not unusual. This site is often visited by diving expedition teams of technical divers that perform ultra deep diving. It is not uncommon for dives in excess of 100 metres (330 ft) to be made here by experienced technical divers.

Chinhoyi is located in the Mashonaland West Province.

The climate is warm and temperate in Chinhoyi. The summers are much rainier than the winters in Chinhoyi. According to Köppen and Geiger, this climate is classified as Cwa. The average annual temperature in Chinhoyi is 19.8 °C. The rainfall here averages 816 mm

“Very serene place with very cool weather.The blue water is a natural wonder,untainted and amazing. A good place to visit with family,friends…”

“wow! what a sight to behold! interesting, amazing! Just be sure to wear the right footwear for a long descent into the caves. The stones may be a little slippery Takes about 45 minutes to an hour to visit the caves.”

“…is a great place to indulge in some nature and explore the amazing caves. Plenty of climbing in the light cave so good shoes are necessary. A good bit of history to be learned here as well. We enjoyed our afternoon exploring. Experienced divers can dive into the sleeping pool…”

“Recommend a stop on the way to or from Kariba. Its to the north of Chinhoyi and not well sign posted so you may pass the hotel before you realise you have gone too far. Excellent picnic facilities, clean neat and you can buy lunch from stall. The caves are beautiful, specially the water features. Well worth 1-2 hour stop…”