Imbabala Zambezi Safari Lodge is situated on a riverine fringe of the mighty Zambezi River where Zimbabwe, Botswana, Zambia and Namibia converge. The lodge is seventy kilometres west of Victoria Falls town and is accessed on the Kazungula road which is tarred.

The lodge was first opened in 1988 and since that time has been regularly refurbished but has always sought to retain an authentic safari camp feel with guests receiving an unspoilt wilderness experience.

The lodge only accommodates 20 guests thus ensuring guests have an opportunity to relax and enjoy all the facilities and activities available. Children over the age of 7 are welcome at Imbabala however as the lodge is situated in a wilderness area and is unfenced, it is imperative that all children are under the supervision of their parents or a guardian at all times.

Imbabala offers the chance to unwind but also to experience some of the most amazing game viewing and bird watching in the region in the seclusion of a private National Parks concession. The 5,000 Acre (2,023 Ha) concession has 14 kilometers of private Zambezi river frontage and borders the Chobe Forest Reserve, which is renowned for its massive Elephant population. 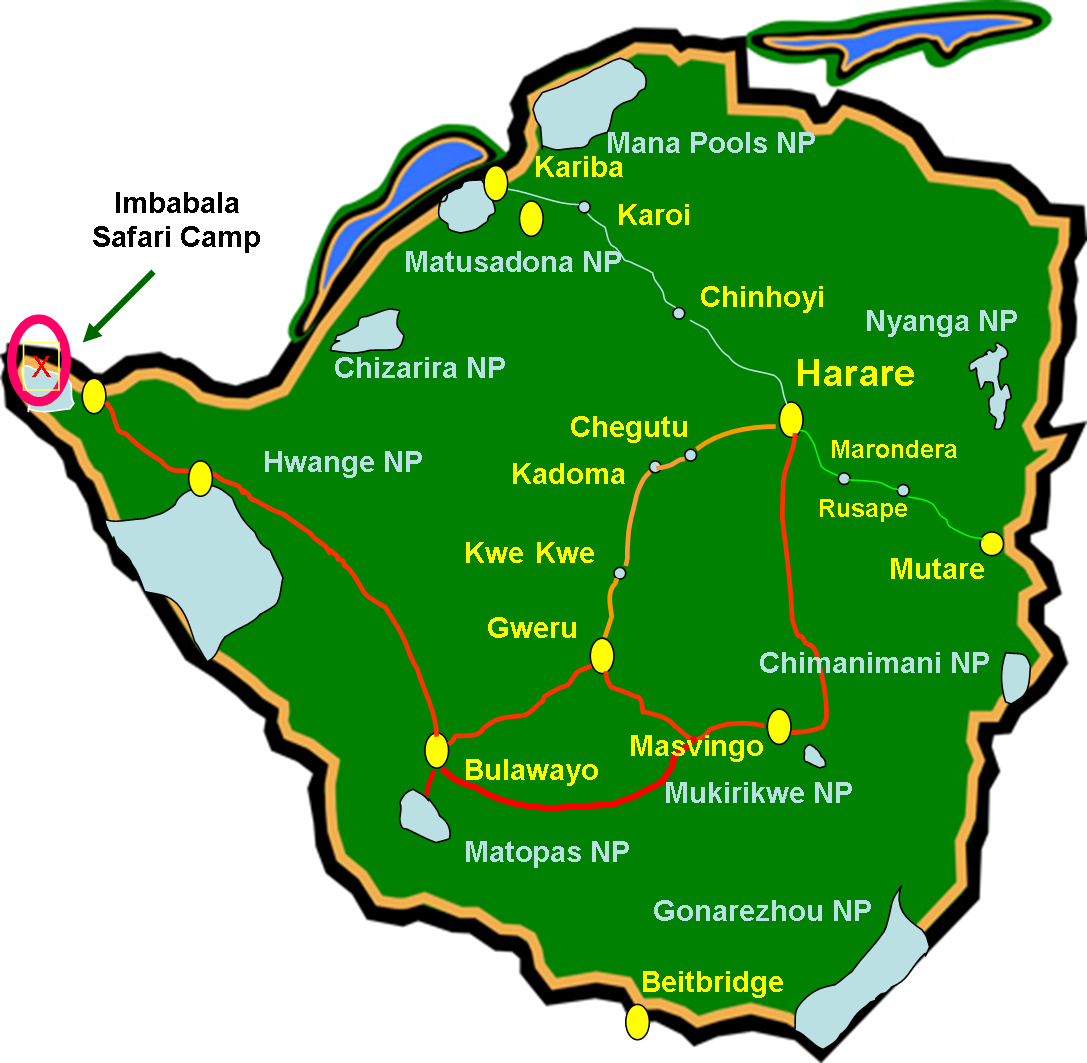 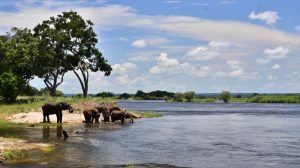 The Imbabala main lodge is a charming thatched structure, consisting of a lounge, dining room and bar area. This offers fantastic views of both the river and a nearby waterhole, which attracts game throughout the year.

A swimming pool and al fresco eating area nestle under ancient trees. There are no fences to prevent animal movement, so expect to see game and wonderful bird life along the river bank as well as in and around the Lodge.

Imbabala  offers exclusive accommodation for only 20 guests in 9 individual stone and thatch lodges with en-suite facilities. Each lodge is beautifully positioned with spacious verandas opening onto sweeping views of the Zambezi River. Imbabala has one family lodge – double, (Sleeps 4), two double and six twin-bedded lodges.

Located 70 kilometers west of Victoria Falls town.  Access is by transfer or self-drive from Victoria Falls, Livingstone or Kasane.

Guests coming across from Zambia will require visas. Pick ups from the airport  can be arranged with local transfer companies at an additional cost.

Experienced guides are on hand for all activities which centre around tracking game on morning, afternoon and night game drives in open 4×4 safari vehicles. Exploring the Zambezi River by boat affords guests an exclusive river experience. Bird-watching is exceptional, as birdlife is prolific and varied, ranging from water birds to shy forest dwellers.

Walking Safaris and fishing excursions for the renowned Tiger Fish, are available by prior arrangement.

For guests spending a longer time with us at Imbabala, day trips to Victoria Falls and the Chobe National Park are available.

The bush Spa at Imbabala opened in July 2014, and offers a range of spa treatments to guests staying at Imbabala Zambezi Safari lodge in a tranquil, and serene setting overlooking the Zambezi River. There is a qualified beauty therapist on site, and a range of beauty and skin care products on offer.

The spa building is set away from the main lodge area, and is partially open to allow for a soft breeze to filter through.

The treatments available include, but are not limited to manicures, pedicures, massages and skin treatments. Guests should enquire upon arrival as to what treatments and products are available at the time and book their treatment in advance with lodge management.

The Imbabala Spa brings another dimension to relaxation in the bush.

Victoria Falls is approximately 80 kms from Imbabala. Transfers can be arranged.

Trips into Chobe in Botswana and Zambia can also be arranged. Guests will need to go through passport control formalities.

“We visited the first week of January and expected to see very little since this is the rainy season. We were wrong. Our guide, Abe, took us on more safaris than we dreamed possible..Following wild dogs hunting Impala through the brush made us feel like we were truly on a safari, instead of a canned tour..”

“This is an incredible place. So special. Richard was our guide, and he was so knowledgeable, fun, kind, attentive. We saw so many animals from many different perspectives, at different times of the day, in different environments. It was amazing! We’ve been on safari before and the game drives here were infinitely better. …”

“…From the facilities, to the views, to the food, the service, the safaris and the boat, everything was exceptional, warm and welcoming! Thank you so much for everything. We will always remember you.”.

“We visited Imbabala for 3 nights of our honeymoon. We were treated like royalty and had some fantastic experiences on the river with the elephants crossing and on land helping a lioness who had been caught in a poachers snare. The food and hospitality was five star and we cannot recommend our guide Richard enough. Thank you Imbabala.”