Zimbabwe has a number of impressive game parks all of which offer something different and unique and Gonarezhou is no exception. Three major rivers, the Save, Runde and Mwenezi, cut their courses through the Park, forming natural pools from which hundreds of species of birds, wildlife and fish gather to feed and drink. In all there are over 400 species of birds, 114 species of animals and numerous species of fish, reptiles and frogs. 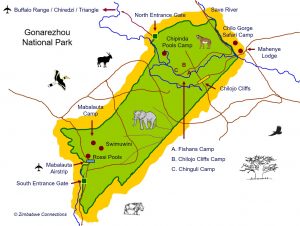 Gonarezhou is Zimbabwe’s second largest National Park and is situated in the south eastern lowveld of Zimbabwe on the border with Mozambique. It covers an area in excess of 5 000 square kilometres. “Gonarezhou” meaning “Place of many Elephants” is an extremely scenic Park full of rugged and beautiful landscapes. Owing to its vast size, rugged terrain and its location away from main tourist routes, large tracts of Gonarezhou remain as pristine wilderness.

The park is very much characterised by its spectacular sandstone cliffs, the numerous Baobab trees, the impressive river systems and the wildlife.

The north-eastern end of the park is located within the Zambezian and Mopane woodlands, while the southwest is located within the Southern Africa bushveld ecoregion. The Gonarezhou National Park was formed in 1975, by uniting former hunting areas and tsetse fly control corridors. Historically the park has been a habitat for the endangered Cape wild dog (Lycaon pictus pictus); and there have been several sightings of wild dogs in the park.

Largely undiscovered by the outside world, this striking land is one of the last great pristine wildernesses in Africa and takes in a huge diversity of habitats. Gonarezhou has plenty of appeal to wildlife enthusiasts  and hosts a wide range of predators and herbivores including lions, cheetah, wild dogs, Kudu, Suni, Roan, hyena, buffalo, hippo and giraffe within its boundaries.

The park is best known for its elephants, which are called ‘nzhou’ in Shona and these huge and intelligent creatures give their name to the park where they number in their thousands. Gonarezhou was previously a stronghold for the endangered African wild dog, and there are still frequent sightings of this striking canine predator.

Any journey into the heart of Gonarezhou begins with the realisation that this is wild country. This is a country of red sandstone, thorny scrub and baobabs. Buffalo gather at watering holes, big cats prowl silently in pursuit of agile impala, hippo wallow midstream attended by squadrons of fluttering birds. The presence of elephants is everywhere as their families travel along historic routes in search of food, safety, and water.

The best time to visit Gonarezhou is during the dry season when the bush is less thick and the water holes are less in number. Animals gather at permanent water points, making them easier to spot. Conversely, there is a proliferation of birdlife during summer with migrant species being drawn to the warmer weather of Gonarezhou. At this time of year, roads may become unaccessible and some camps close for the wet season.

In addition to the flora and fauna it is the physical landscape which many visitors find so special. The sandstone Chilojo Cliffs are breathtaking  and there are many impressive  rocky outcrops, flowing rivers, and plateaus of dense bush and of course the baobabs which number in their thousands. 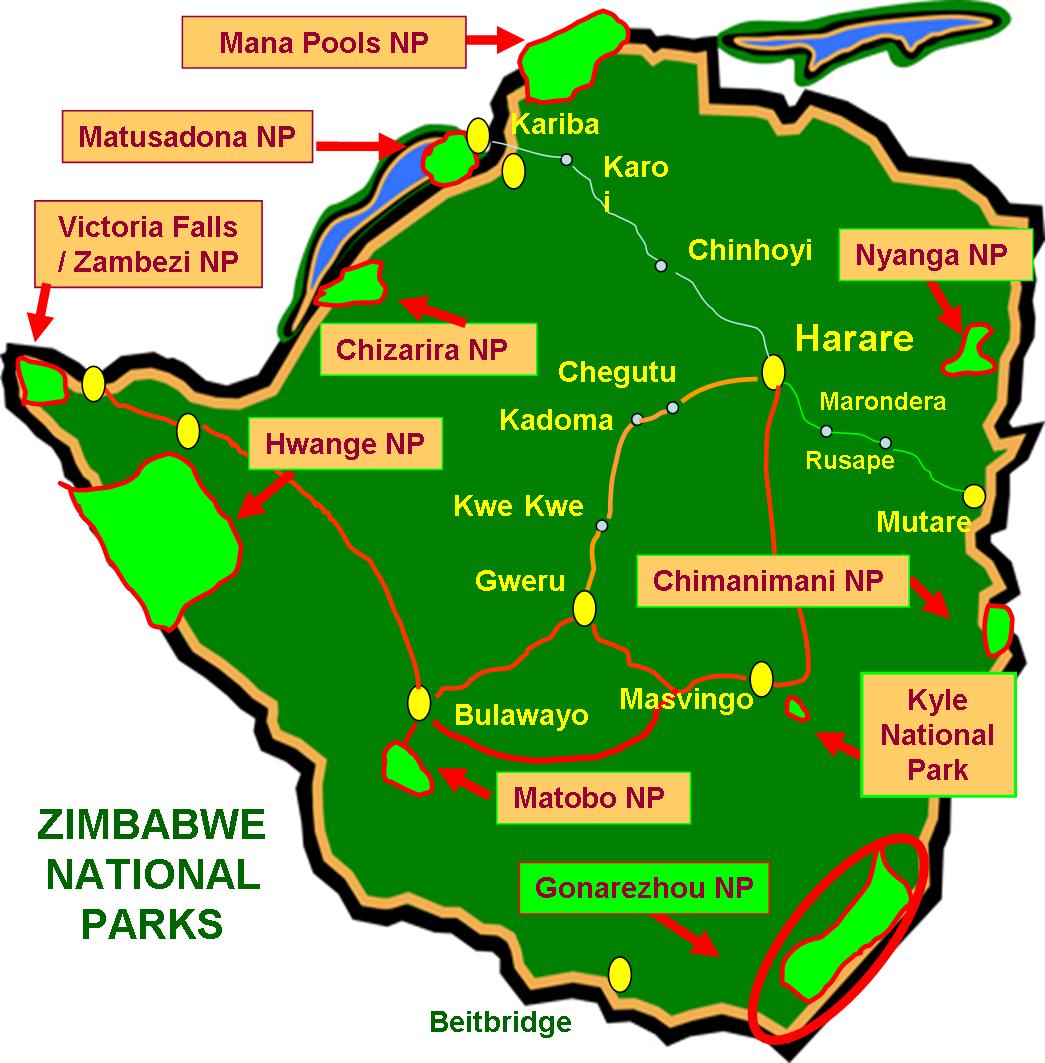 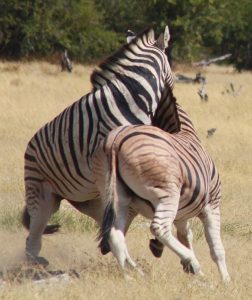 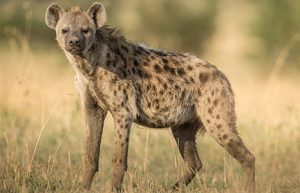 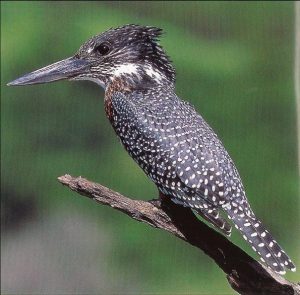 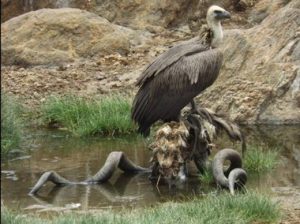 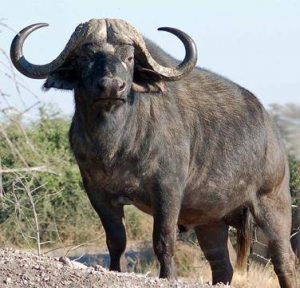 Located on an island in the Save River, accommodating in 8 thatched chalets

Self-drive from either Harare or Bulawayo is approximately seven and a half hours.

Harare: For guests travelling from Harare a detour through the beautiful Eastern Highlands is recommended as a way of breaking up the journey. There is a lot to see and do so 2-4 nights is very doable.

Alternatively you can travel from Harare to Masvingo and stop over to see the Great Zimbabwe Ruins and Lake Mutirikwi (Kyle). From there you can drive down to Chilo or go via the beautiful Vumba Mountains in the Eastern Highlands.

Bulawayo: Guests travelling from Bulawayo can break their journey by travelling to Masvingo to see the Great Zimbabwe Ruins and Lake Mutirikwi (Kyle). From there they can either drive through to Gonarezhou or go via the beautiful Vumba Mountains in the Eastern Highlands and then travel down.

It all depends on how much time you have.

Most of the roads are tarred and in reasonable condition but the last stretch to Chilo is dirt road and quite rugged so 4WD is necessary. Alternatively, you can arrange to leave your vehicle in Chiredzi  and a transfer can be arranged to the lodge for a fee.

* If flying from South Africa, guests need to clear customs at Buffalo Range.

The name Mabalauta hails from a hardwood tree species common in the region. The Mabalauta section in the Mwenezi sub-region includes the Swimuwini rest camp, “The place of the Baobabs”. The camp is situated 8 kilometres from the warden’s office and overlooks the the Mwenezi River. There are thatched self-catering accommodation facilities at the camp.

Camping is possible at Swimuwini at the Mabalauta Camping site which has ablution facilities.
Caravan sites

Visitors with caravans on tow can also camp at Swimuwini and use the same facilities for standard camp sites.

There are several picnic and braai sites located in the Park.

Visitors are encouraged to bring in adequate provisions from Mwenezi or from larger business centres since there are no shops in the Park.

The name Chipinda is derived from the Ndau dialect meaning “enter”. There are predominantly camping facilities in this section and there are no self-catering accommodation facilities.

There are 9 sites at the beautiful Chipinda Pools Camp, each with basic shelter, braai area and ablution facilities.

There are 5 camping sites in the Runde sub-region at Chinguli which also have similar facilities to those at Chipinda.

Camps with minimum facilities are located at Nyahungwe, Madumbini, Bopomela, Lisoda, Gota, Chitove, Chamaluvati and Chilojo. These exclusive sites may be booked by a single party of up to 10 people and there are no attendants available. Visitors need to bring their own water. Dead wood in the vicinity may be collected for firewood.

There are also several picnic and braai points in this section of the Park that include Massasanya and Machaniwa.

Supplies must be obtained from Chiredzi town as there are no shops within the Park.

There are a number of exciting things to whilst staying in Gonarezhou. These include:

Animals: Lion, leopard, cheetah (including the rare king cheetah), buffalo, giraffe, zebra and many species of large antelope are present within the Park. The rare nyala and smaller suni are two of the highlights of the Park’s smaller antelopes.

Fish: Unique species of aquatic wildlife such as the Zambezi Shark, Freshwater Goby, Black Bream and the unique turquoise killifish can be seen within the Park’s rivers and pools.

One of the most prominent and enduring natural features of Gonarezhou National Park is the beautiful Chilojo Cliffs. These magnificent red sandstone cliffs have been formed through eons  of erosion and overlook the scenic Runde River valley.

Climate
Gonarezhou’s climate is warm. The most temperate months are September to March, while May through August tends to be cold. April to October (the dry season) is characterized by cloudless skies and plenty of sunshine. November to March (the wet season) brings afternoon storms which are most always followed by sun. It can also rain lightly over several days. Winter (the dry season) and summer (the wet season) happen at opposite times as in Europe and North America.

“Gonarezhou I can only describe as amazing…I thought I would be going to just another game park but this is so much more…the ecology is so different and the wildlife viewing was fantastic…three days was too short.”

“This has got to be Zimbabwe’s hidden secret…wow what a place…the community projects, the animals, the sun downers, the sunsets…it was just such an amazing experience I can’t say enough…have to go back”

“One of the experiences of my life…Chilo Lodge was amazing, the staff were brilliant and then there is the park…really wild and unspoilt and the animal sightings were very special…”

“Beautiful scenery, green and lush, flowing rivers, lots of quite cheeky elephants. A lot of bird life. Well worth visiting. Chilojo cliffs are beautiful, as was Runde floodplain and Save river.”

“Gonarezhou is a totally different experience to any other game park in Zimbabwe…the physical environment and river systems are breathtaking. Great game viewing and it is just so quiet and peaceful…highly recommend it.”

“We did 2 half day trips into the park. Elephant, Kudu, Nyala, Eland, Zebra, Impala, Warthog and wildebeest among others. The Bird life astounds… put this place on your bucket list folks!”

“I want to say that I was recently in Gonorezhou for a whole week. I have to say that it was a phenomenal experience. I thought that the Chilojo Hills were stunningly beautiful. The huge baobab trees which dot the landscape were just phenomenal. There were herds of huge elephants which had long tusks.”