The Leopard Rock Hotel is without doubt one of Zimbabwe’s iconic hotels and its setting is simply breath taking. The Eastern Highlands of Zimbabwe has been hit very hard by the country’s economic woes, none less than the tourism industry. The hotel has been through changes of ownership in recent times and continues to offer a wonderful experience.

The management and staff at the Leopard Rock provide a typical warm Zimbabwe welcome and the various travel website reviews provide testament to the overall consistency of the hotels offering.

The rooms in the hotel are very spacious and all have bathrooms en suite. Fortunately there is no television. There is an olde world charm about them which has been preserved well. As you drive up to the hotel, the building presents a very imposing sight and the reception area is open and spacious with magnificent glass windows.

The views from the rooms of the hotel are sublime and the gardens and grounds are beautifully laid out and maintained. The hotel offers a table d’hôte and a la carte menu for dinner in its beautifully appointed La Roche Restaurant dining room.  The food is prepared freshly and is plentiful and of a very high quality.

The Leopard Rock is the perfect place to simply relax but there are a number of activities on offer and things for guests to do such as visiting the Chapel and Castle and a walk around the golf course and also game viewing.

The Castle, which is adjacent to the hotel was where the Seymour-Smiths lived whilst the hotel was being built. The initial section of the Leopard Rock was built after WWll and opened in 1946. Mrs Seymour-Smiths, it is told, saw a leopard baking in the sun near the house and so it was decided to name the hotel Leopard Rock. In 1953, Queen Elizabeth, the Queen Mother, stayed at the hotel with her daughter, Princess Margaret, and was so taken with the property and its spectacular surroundings that she was inspired to pen these words for posterity; “There is nowhere more beautiful in Africa”

Leopard Rock Hotel was then purchased by the Taberer family in the 1990s and a major expansion project was undertaken, which saw the construction of a new bedroom block –increasing the number of available rooms and suites to accommodate 120 guests. The hotel took on new ownership in 2014.

The Leopard Rock is famous for its golf course and people have travelled far and wide to play on what can only be described as one of Southern Africa’s most picturesque golf courses. The course was designed by the world renowned Zimbabwean Peter Matkovich. A lesser known fact is that Peter was a highly talented rugby player and represented his country at full back. He gave up rugby to become a professional golfer and ultimately turned his talents to golf course design for which he is world renowned.

In 2011 and 2012, the hotel was named Best Resort Hotel in Zimbabwe by the Association of Zimbabwean Travel Agents at their annual awards event. In 2013, CNN Travel named the Leopard Rock golf course one of Africa’s 10 best golf courses.

The Leopard Rock is situated 30 kms South East of Mutare in the Bvumba Mountains and on a clear day there is some great views to be had. It is in easy access of a number of local attractions. 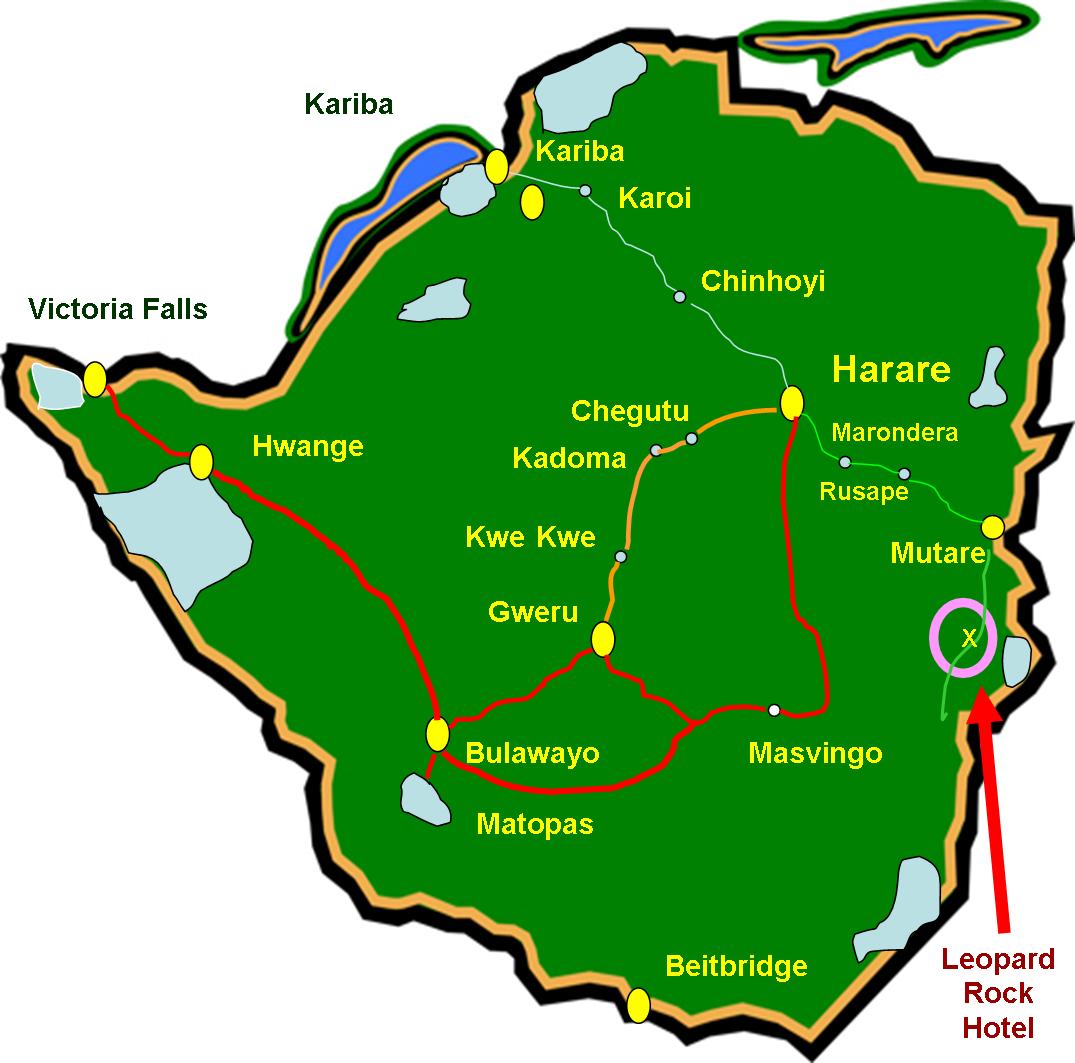 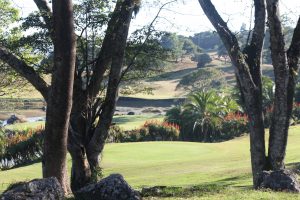 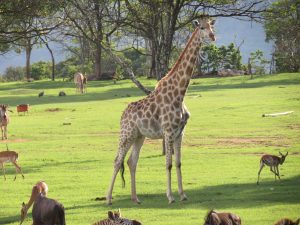 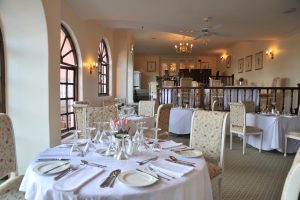 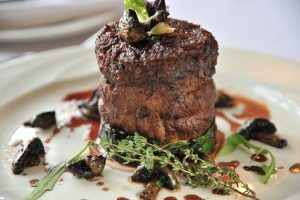 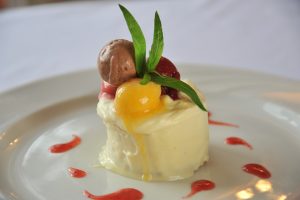 The hotel has 58 rooms and a beautiful Honeymoon Suite.

Front rooms enjoy spectacular views of the  golf course and Burma Valley, while others overlook the pristine enchanted forest. All rooms are equipped with a host of features that add to the comfort of your stay – features include a  telephone, mini-bar and wireless internet.

The Presidential Suite comprises of a reception area with a guest bathroom, separate sitting room and bedroom en suite. It also boasts a large private terrace with spectacular views ideal for private functions.

The Executive Suite comprises a reception area with a guest toilet, a sitting room, and spacious bedroom with bathroom en suite.

The family suite consists of two inter-leading double rooms, which share a bathroom. Ideal for a family of four or parents with small children.

Request one of these beautiful front facing turret rooms, which are steeped in history and were selected by the Queen Mother and Princess Margaret during their visit to Leopard Rock in 1953.

The standard rooms have beautiful views of the golf course, gardens and mountains, or the pristine Enchanted Forest. Some have private balconies and courtyards.

The Leopard Rock Hotel is 33.4 kms (21 miles) from Mutare on Eggardon Road off the Bvumba Road.

The mountains are dominated by savannah woodland, including Brachystegia / miombo. There are also extensive sub-montane grasslands, local mist-belts with mosses and epiphytic and lithophytic ferns and sub-montane evergreen forest in the deeper ravines. The higher levels of the mountains are sparsely vegetated, with shrubs such as proteas, aloes and Strelitzia.

In the centre of the mountains lies the Bunga Forest Botanical Reserve and neighbouring Bvumba Botanical Garden. The latter is landscaped around a number of small streams and includes an important cycad collection, with 59 of the 189 known species.

Although small in area, the mountains are a botanical paradise and home to some of the rarest butterflies in the region. The Bvumba mountains offer exciting and varied birding opportunities. The area is probably best known as one of the main breeding areas of Swynnerton’s Robin which lives and breeds in small patches of forest, some on private land, others within the Bunga forest. Livingstones Turacos Tauraco livinstonii are present in large numbers though their territorial calls may often be heard long before they are seen – the brilliant crimson wing feathers sometimes visible for miles as they glide from one patch of canopy to another. A smaller number of mammals inhabit the Bvumba, perhaps the most notable of which are the leopard and the samango monkey, the latter’s range being very limited.

Animals in the area includes: the blue monkey, Sykes Monkey, and East African Little Collared Fruit Bat. Savannah woodland adjoining the Mozambique side of the range is home to several rare reptiles including Marshalls Leaf Chameleon, Arnolds Skink and frogs.

The Bvumba Mountains rise to Castle Beacon at 1911 metres, and are, together with Chimanimani and Nyanga make up part of the Eastern Highlands in Zimbabwe which borders Mozambique.

Referred to as the “Mountains of the Mist”, (Bvumba is the Shona word for “mist”.), as so often the early morning starts with a mist but clears by mid-morning. Although lying mostly within Zimbabwe, the mountains extend north-east into Mozambique. These cool green hills shelter country hotels, the casino and golf course at the Leopard Rock Hotel and a Botanical Gardens with one of the best views in Africa.

The mountains are also known for their coffee plantations.

“A weekend away to Leopard Rock Hotel is an absolutely magic experience, the staff are incredibly attentive and flexible to residents needs, the rooms are immaculate and the ambiance is one of a kind. I would happily recommend Leopard Rock to anyone looking for a place to stay in the eastern highlands”

“A wonderful setting for a charming hotel. The staff are very accommodating and helpful. Break fast was an amazing…The room tastefully furnished clean and fresh liked having my own balcony. An amazing location set against the Bunga Forest and the mountain. The pool set in a sunken garden just lends its self to a relaxing time. The Golf course and club house again in a prime position.Well placed even if you do not play golf to walk round the course is amazing experience just soaking up this part of Zimbabwe.”

“Leopard Rock is set in a beautiful part of Zimbabwe. We were very impressed by the rooms and the food was delicious! We played some golf, went for sundowners at the castle and managed to go for a walk in the forest. It was unfortunately raining when we were there, so we didn’t head to the viewing platform, but will definitely be back to do this soon! Thank you so much for the service!”

“My husband and I had a great romantic weekend get away at Leopard Rock for the weekend…The room was clean, bed comfortable and the meals were delicious. The staff was very attentive and always pleasant. The receptionist during our stay Claris was extremely pleasant and helpful, many thanks for all the assistance Claris! “