Situated in the South East, 25 kms outside of Masvingo (Formerly Fort Victoria)

Great Zimbabwe is recognised as a UNESCO World Heritage Site. It is an ancient city in the south-eastern hills of Zimbabwe near Lake Mutirikwe and the town of Masvingo  It was the capital of the Kingdom of Zimbabwe during the country’s Late Iron Age. Construction on the monument began in the 11th century and continued until the 15th century. The exact identity of the Great Zimbabwe builders is at present unknown, and various hypotheses have been proposed as to who these masons may have been.

Local traditions recorded in the 18th and 19th centuries assert that the stoneworks were constructed by the early Lemba, however, the most popular modern archaeological theory is that the edifices were erected by the ancestral Shona. The stone city spans an area of 722 hectares (1,780 acres) which, at its peak, could have housed up to 18,000 people.

Great Zimbabwe is believed to have served as a royal palace for the local monarch. As such, it would have been used as the seat of political power. Among the edifice’s most prominent features were its walls, some of which were over five metres high. They were constructed of dry stone with no mortar being used. Eventually, the city was abandoned and fell into ruin.

The earliest known written mention of the Great Zimbabwe ruins was in 1531 by Vicente Pegado, captain of the Portuguese garrison of Sofala who recorded it as Symbaoe.

The first European visit may have been made by the Portuguese traveller António Fernandes in 1513-1515, who crossed twice and reported in detail the region of present-day Zimbabwe (including the Shona kingdoms) and also fortified centres in stone without mortar. However, passing en route a few kilometres north and about 56 km (35 mi) south of the site, he did not make a reference to the Great Zimbabwe riddle.

The first confirmed visits by Europeans were in the late 19th century, with investigations of the site starting in 1871. Later, studies of the monument were controversial in the archaeological world.

Great Zimbabwe has since been adopted as a national monument by the Zimbabwean government, and the modern independent state was named after it.

The word great distinguishes the site from the many hundreds of small ruins, now known as “zimbabwes”, spread across the Zimbabwe Highveld.

There are 200 such sites in southern Africa, such as Bumbusi in Zimbabwe and Manyikeni in Mozambique, with monumental, mortarless walls; Great Zimbabwe is the largest of these. 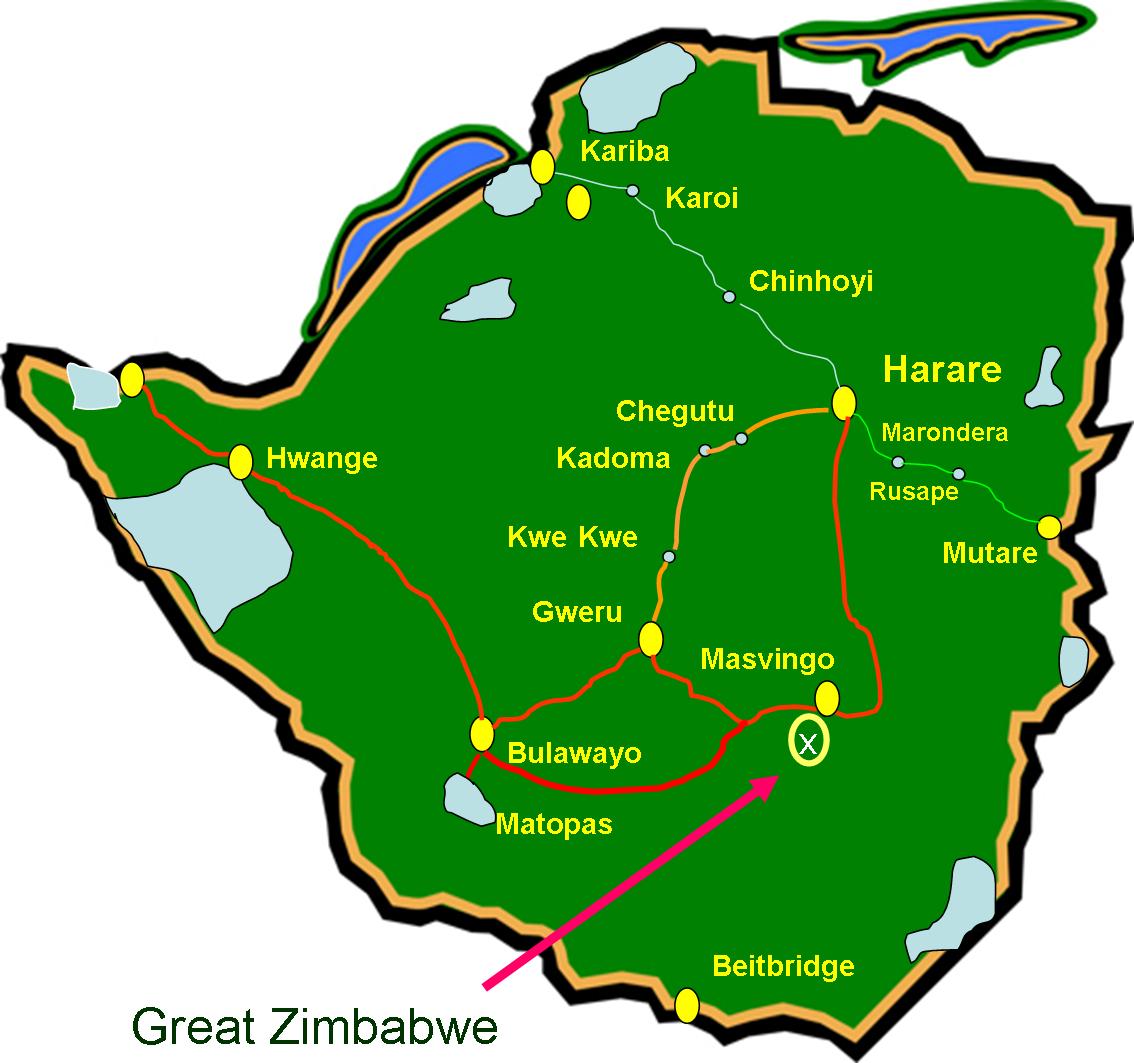 Fees correct at time of publishing 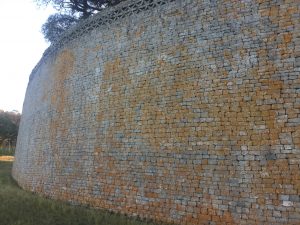 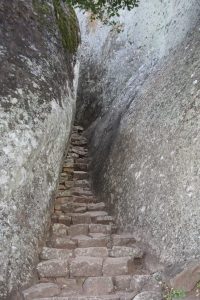 There are various facilities available in and around Great Zimbabwe Ancient City in the Masvingo area. These include:

The picnic sites have ablution and fire places. The sites are mainly for day use. Popoteke Picnic Site is located approximately 10 km from the Kyle entrance gate and situated in the northern portion of the Park.

The woodland type is predominantly Miombo with brachystegia spiciformis and julbernada globiflora as constituent species. The gorge offers a spectacular

Tour operators will organise transport between destinations. Specific transfers can also be arranged or you can do self-drive.

Many visitors to Lake Mutiriwki and Park also include stays in the Eastern Highlands and / or Gonarezhou National Park.

Lake Mutirikwe, also known as Lake Kyle was formed by the construction of Kyle Dam between 1958 & 1960. Much of the land used for the lake was previously farmland owned by the legendary pioneer of the Lowveld Tom Murray MacDougall, a man of great vision who was instrumental in the building of the dam. The farm and the dam were named after the Kyle District in Scotland from where Murray MacDougall originated.

Much of the lake is very well situated within magnificent natural granite formations which proved to be ideal not only as a reservoir to provide irrigation to the sugar cane plantations of the Lowveld but also as an amazing recreational facility catering for fishermen, campers, picnickers and sailors.  The Kyle Dam wall is a double curvature concrete arch 309 metres in length and 63 metres high. The Mutiriwki Lake covers an area of approximately 90 sq km² (when full) with a total capacity of 1,378 million cubic metres, a catchment area of 3900 km sq and a surface area of 9105 hectares.

In nearby Kyle Recreational Park there is a good variety of wildlife.

Fishing in the lake has been a very popular pasttime for decades but facilities have declined due to prevailing social circumstances.

Anglers will need to bring all their own equipment.

The vegetation varies from small patches of evergreen riverine species, through thicket woodland, open woodland, grassland and rocky hills to a barren zone along the lake shore which is subject to periodic inundation and which supports only a sparse cover of annual herbs and grasses.

The vegetation changes from predominance of miombo woodland with brachstegia spiciformis and jubernada globiflora to thickets dominated by peltophorum africanum, terminalia sericea, comberetum and acacia karoo.

“A pretty amazing visit. We stayed locally and it was a short trip to the ruins. We did a two hour tour and our guide made it very interesting. The background information gives life and perspective to the ruins. Well worth a visit and very impressive”

“”A fascinating place well worth a visit. You need to do a tour to get real insight to the ruins and the history of the country. Amazing. Well worth the trip”