Bulawayo, also known as “The City of Kings” is rich in cultural history and is the second largest city in Zimbabwe after the capital, Harare. It is a must see destination for visitors to Zimbabwe and is one of country’s oldest towns. Bulawayo attained town status on 1st June 1894 and had its first Municipal Council of 9 elected members in November 1897. By 1943, due largely to its rapid growth, Bulawayo had attained city status under Proclamation 21 of 1943.

Culturally, historically and commercially Bulawayo has contributed significantly to the development of the country, both pre and post Colonial settlement. Bulawayo was originally the capital of Matebeleland province but is now a province on its own together with Matebeleland North and Matebeleland South.

The Bulawayo area has been a centre of habitation since the Stone Age, making it a unique African City that predates colonial settlement. Located in a key vantage point in Southern Africa, Bulawayo forms the axis of a well planned road and rail network to the north, south, east and west.

Bulawayo is one of the country’s most attractive cities with its purple Jacaranda and red Flamboyant tree lined streets. A feature of the streets, which are laid out in a grid pattern, is their large width which were historically designed to accommodate turning ox wagons. Another notable feature of Bulawayo is its numerous very attractive street lights which the city is justifiably proud of. The rapid development of Bulawayo’s prosperous commercial infrastructure necessitated the generation of power and the street lights were commissioned and installed early in the city’s history.

Despite economic hardships, Bulawayo has remained the regional hub for Southern Zimbabwe and it forms a vital link with the South African border at Beitbridge, Hwange National Park and Victoria Falls, the Matobo Hills (Matopas), Gonarezhou National Park, Gweru and Harare and the remaining regional mining, farming and ranching activities.

Since the very early days of the country’s development Bulawayo emerged as the country’s industrial and manufacturing centre and the city has served as the hub for the country’s rail network with the National Railways of Zimbabwe (formerly Rhodesia Railways) headquartered there because of its strategic position near Botswana and South Africa.

Visitors to Bulawayo and surrounds could comfortably stay for three or four nights as there is so much to do within the vicinity of the city and surrounds. Bulawayo is one of the country’s most attractive cities, with a pleasing mixture of Victorian and modern architecture which gives it a unique character. The National Art Gallery is located in a Victorian era building which also houses a crafts shop, restaurant and several artists’ studios. There are a number of other attractions which includes museums, cultural centres, city tours and visits to ancient ruins, seeing ancient Bushmen art or visiting national parks. See ‘Activities’ and ‘Attractions’ below.

Bulawayo has a proactive Publicity Association which was first established in 1932 to promote and publicise nationally, all aspects of the City of Bulawayo and surrounding districts in commerce and industry, tourism, sport, arts and culture.  It provides a personal information service to enquirers and a place of first contact for visitors to the City. Many of the early settlers that came to Rhodesia were from Scotland and they contributed significantly to the development of the country in the fields of education and engineering. Bulawayo is twinned with Aberdeen in Scotland. 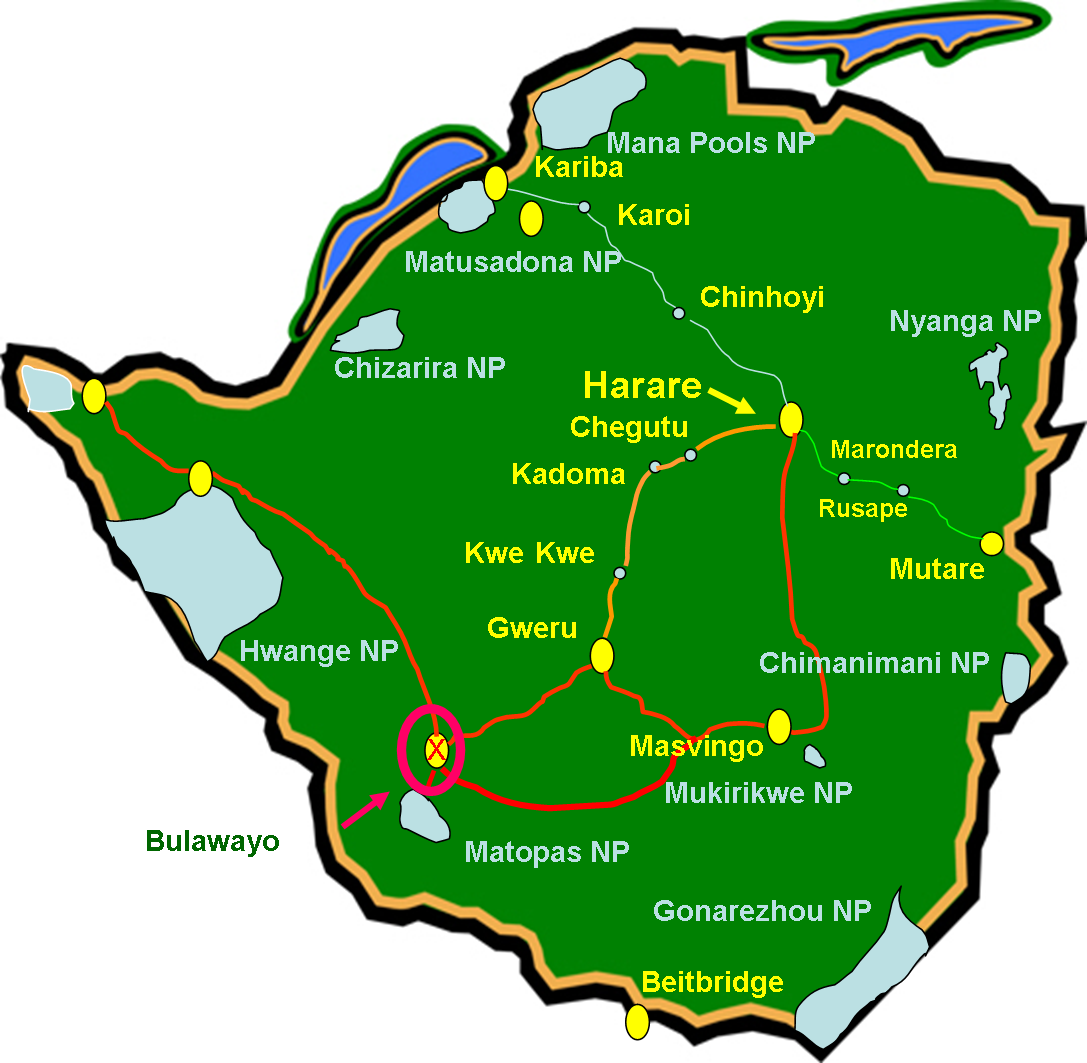 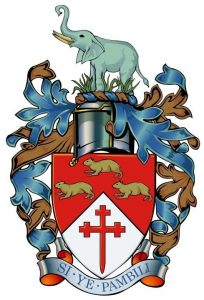 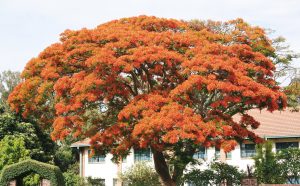 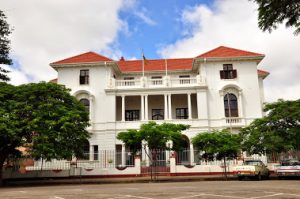 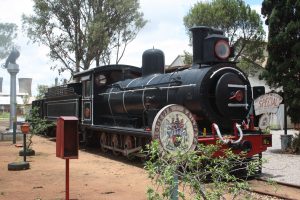 Bulawayo has a number of hotels and smaller lodges.

Pick-ups can be pre-arranged with Hotels and Safari Camps from the airport or from a pre-arranged venue in Bulawayo.

Car hire and Taxis are also available at the airport.

There are a number of activities you can participate in whilst Bulawayo.

The city was founded by the Ndebele king, Lobengula the son of King Mzilikazi who settled in modern-day Zimbabwe around the 1840s after the Ndebele people’s great trek from Zululand in KwaZulu Natal in South Africa.

The name Bulawayo  comes from the isiNdebele  word KoBulawayo meaning ‘a place where he is being killed.’ It is thought that at the time of the formation of the city, there was a ‘civil war’ amongst the Ndebele clans. A group of Ndebeles not aligned to Prince Lobengula fought with him as they felt he was not the rightful heir to the throne, hence he gave his capital the name ‘where he (the prince) is being killed’. At the time Lobengula was just a prince fighting to ascend his father’s (Mzilikazi) throne.

It was common at the time for people to refer to Bulawayo as “KoBulawayo UmntwaneNkosi” “a place where they are fighting or rising against the prince”. The name Bulawayo is imported from Nguniland which is a place once occupied by the Khumalo people. The place still exists and it is next to Richards Bay in KwaZulu Natal, South Africa

In the 1860s the city was further influenced by European settlement under the guidance of Cecil John Rhodes. Under Leander Starr Jameson land agreements were agreed and signed with Lobengula who later felt he had been duped and reneged on the deal. Lobengula once described Britain as a chameleon and himself as the fly.

During the 1893 Matabele War, the invasion by British South Africa Company (BSAC) troops forced King Lobengula to evacuate his followers, after first setting fire to the town. BSAC troops and white settlers occupied the ruins and on 4 November 1893, a Union Jack flag was raised (tied to a tree). Leander Starr Jameson then  declared Bulawayo a settlement under the rule of the British South Africa Company.

Cecil Rhodes ordained that the new settlement be founded on the ruins of Lobengula’s royal kraal, which is where the State House stands today. In 1897, the new town of Bulawayo acquired the status of municipality, Lt. Col. Harry White became one of the first mayors, and in 1943 Bulawayo became a city.

Annually, on the 4th of November Bulawayo remembers the flag raising ceremony by the British South Africa Company, as this represents the official founding of Bulawayo as a town. On that same day the City also commemorates the death and funeral of Mzilikazi, the founder of the Matabele nation. This is wholly fitting, since Bulawayo is a city belonging to Africans and to Europeans alike, and its history cannot be divorced from that of the province of Matabeleland. Mzilikazi led the Matabele nation to the high veld around Bulawayo in 1840, and he ruled it until his death in late September of 1868. After prolonged ritual ceremonies his interment began on 2 November 1868 at Entumbane in the Matopo Hillsand was concluded two days later, exactly twenty-five years before Jameson’s frontiersmen nailed their flag to a tree.

At the outbreak of the Second Matabele War, in March 1896, Bulawayo was besieged by Ndebele forces, and a laager was established there for defensive purposes. The Ndebele had experienced the brutal effectiveness of the British Maxim guns in the First Matabele War, so they never mounted a significant attack against Bulawayo, even though over 10,000 Ndebele warriors could be seen near the town. Rather than wait passively, the settlers mounted patrols, called the Bulawayo Field Force, under legendary figures such as Frederick Selous and Frederick Russell Burnham. These patrols rode out to rescue any surviving settlers in the countryside, and attacked the Ndebele. Within the first week of fighting, twenty men of the Bulawayo Field Force were killed and another fifty were wounded.

The Ndebele made a critical error during the siege in neglecting to cut the telegraph lines connecting Bulawayo to Mafikeng. This gave both the besieged Bulawayo Field Force and the British relief forces, coming from Salisbury (now Harare) and Fort Victoria (now Masvingo), respectively 300 miles to the north, and from Kimberley and Mafeking 600 miles to the south, far more information than they would otherwise have had. Once the relief forces arrived in late May 1896, the siege was broken and an estimated 50,000 Ndebele retreated into their stronghold, the Matobo Hills near Bulawayo. Not until October 1896 would the Ndebele finally lay down their arms.

“Sean thank you for sharing Camp Amalinda with us…what a setting…the rooms, the food, the staff …will definitely return…”

“Warm welcome with refreshing orange juice. Comfortable accommodation and superb meals. Really felt at home and enjoyed the variety of meeting places – around the swimming pool, at the bar, around the camp fire at night. We were privileged to have Kevin share his knowledge of the bush with us, and tracking the rhinos was a highlight. Besides trips to bushman paintings and Matopos, Kevin obliged by taking us to Maleme  Dam. So impressed with the work being done in the community”.