Situated in the heart of Harare

For over 100 years the five-star Meikles Hotel has been acclaimed as Zimbabwe’s premier luxury five-star city hotel.

Situated in the heart of the capital city Harare, Meikles has for decades been a very popular venue and meeting place for leisure travellers, dignitaries, celebrities, local and  international business executives. It’s beautifully appointed function rooms have hosted many a special function including weddings and conferences.

Characterised by it’s two famous lions which grace the entrance of the hotel, Meikles is conveniently situated in the central business and shopping district of Harare and overlooks the colourful and attractive gardens of the Africa Unity Square (formerly Cecil Square).

Many of Zimbabwe’s attractions are easily accessed from the hotel and the sights of Harare are either a short walk or easy drive from the hotel.

The world-class facilities of the hotel ensure that guests have everything they need for a pleasant and relaxing stay including relaxing lounges, well appointed bars and restaurants and the rooftop swimming pool which overlooks the city.

Meikles has two luxurious, multi-storey wings offering a total of three hundred and six rooms which cater for the many differing needs of guests.

Meikle’s graciousness, charm and silver-service offering is reflected in their membership of Leading Hotels of the World. In 2015 Meikles Hotel celebrated its centenary, having opened on the 15th November 1915.

The hotel was the brainchild of Thomas Meikles who envisioned a commitment to the “highest possible standard of service and product” – something that has become enshrined in the Meikles culture.  It has always been an iconic landmark of Zimbabwe’s capital city Harare and has gracefully evolved through the colonial era of Rhodesia into modern- day Zimbabwe.

Meikles position in the heart of the city has allowed its walls to bear witness to many events that have shaped the nation’s past. 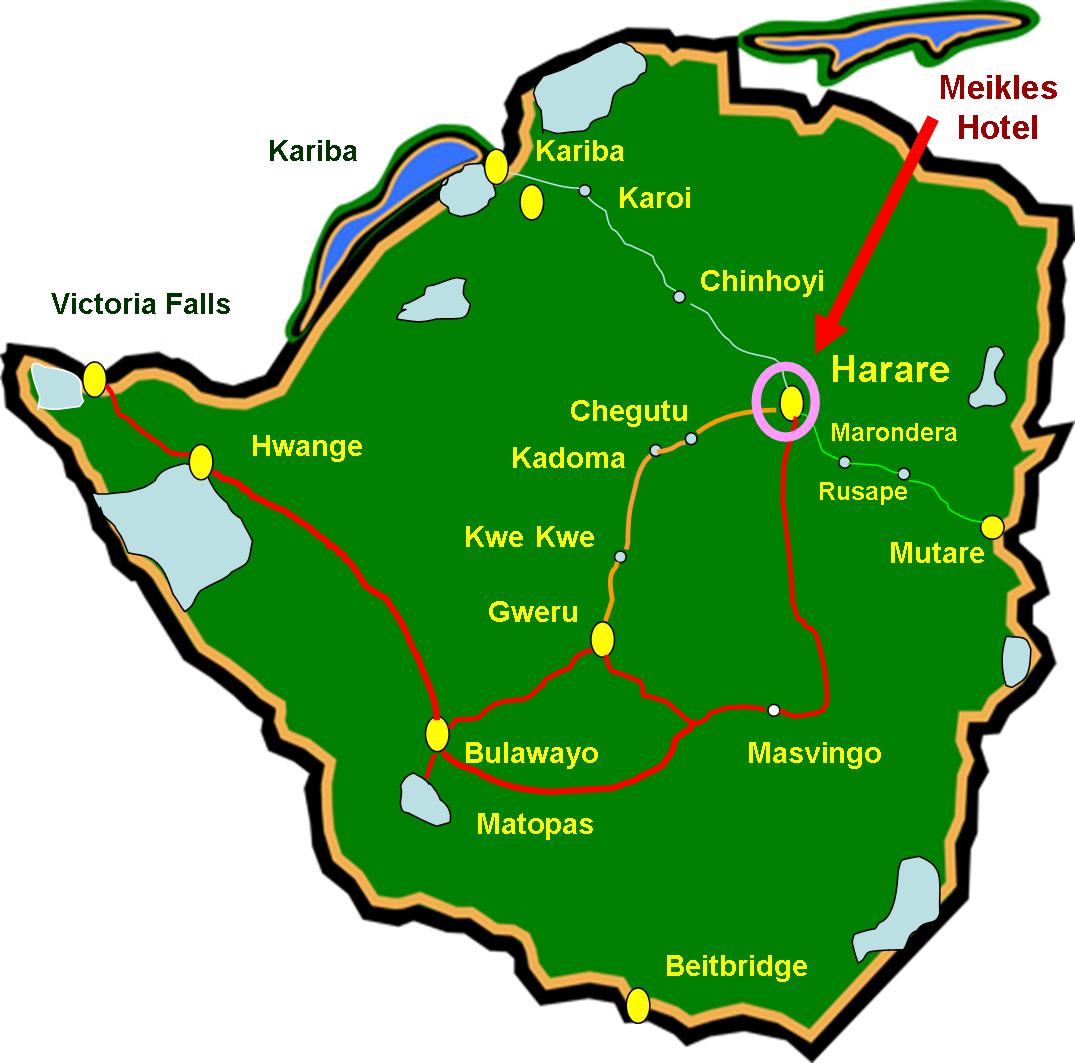 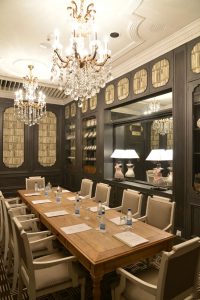 Meikles Hotel features 312 rooms in two luxurious multi-storey wings  (North & South), The north-facing rooms of both wings have superb views of the gardens and trees of Africa Unity Square.

Meikles is a member of the prestigious, invitation-only Leading Hotels of the World. It is renowned for its impeccable service, luxurious accommodation and exceptional facilities.

The specific room categories available are:

Every North Wing room is unique and features superb hand-painted fabrics and African ceramic torso artefacts using the colours of the Zimbabwe flag. They are indeed Modern Masterpieces! The piece de resistance is the incredible Presidential Suite.

South Wing  Rooms feature new beds and flat-screen televisions. They are more traditional and were not part of the major 2013 refurbishment. They have an “Out of Africa” ambiance complemented by rich mahogany furnishings.

Inter-connecting rooms are available in the South Wing to create family suites. There are 12 floors of non-smoking rooms as well as rooms for guests with disabilities.

Car hire is available as well as taxis.

Car hire is available as well as taxis from Harare International Airport.

The airport is only seven miles (12 kms) from the hotel.

Meikles may well be the starting point for many guests holidays in Zimbabwe and tour operators will happily pick you up or drop you off at the hotel.

Meikles Hotel is very centrally located in the city of Harare on the corner of 3rd Street and Jason Moyo Avenue.

The hotel is a short walk into town or you are in easy reach of  a number of outlying attractions or places to visit.

“I was wowed from check in where I was given a free upgrade to a Club level room. It’s like you are somewhere else in the world. The room was beautiful, clean and spacious. The bed was comfortable and I enjoyed my sleep for all 3 nights that I stayed there. There was beautiful fresh flowers in my room on arrival. I was also offered a complimentary massage. The cuppacino in the club lounge was absolutely divine. Will definitely return and recommend the hotel to my friends and colleagues. Thank you for an awesome stay.”

“Stayed at the Meikles Club for 2 nights and loved everything about it. From the exclusivity , the business lounge and the delicious breakfast. Definitely would return for another stay at Harare’s top hotel.”

“For me I have attended a number of conferences at the hotel and I must say that I’m impressed with the level of professionalism the staff offer to the guest especially how they are prompt to execute request. The ambience in the restaurant I love it.”


“Stayed in this hotel for 14 happy nights. This could be taken a 5 star hotel in any country of the world. The bedrooms are superb, en suites excellent and the service is exquisite from the housekeeping, concierge, reception and waiting staff through to management. Nothing is a problem.”