Situated in Northern Zimbabwe and forms the boundary with Zambia

Lake Kariba was formed by the construction of the Kariba Dam which was started in 1955 and completed in late 1958. The dam was designed by the French engineer and designer Andre Coyne who designed over fifty five dams and was a specialist in ‘arch dams’, Kariba being one of them.

The dam was the initiative of the then Federation which comprised Northern Rhodesia (now Zambia), Southern Rhodesia (now Zimbabwe) and Nyasaland (Malawi). The Electricity Supply Commission (ESC) instigated an investigation for possible hydroelectric schemes to be located at Kariba and in 1941 funds were allocated. In August 1955 the Federal Government, representing the three countries, called for tenders for the construction of the dam wall and power station and it was awarded to the Italian firm Impresit on the 16th August 1956. 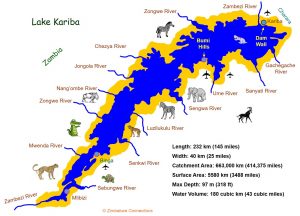 To dam the vast Zambezi floodplain was visionary and a major leap into the future. Vast areas of forest and bush land would ultimately be submerged to form the lake. The creation of the dam required the resettlement of approximately 57,000 Tonga people living along the Zambezi in both Northern Rhodesia and Southern Rhodesia and it also mean’t that thousands of animals would loose their habitat. The vegetation was strip cleared and burn’t leaving the lake rich in minerals and many of the trees that were left ultimately became the habitat for various species of wildlife that found their way into the lake. The flooding of the Zambezi Valley to form the lake created many islands, some only remaining for a short time as the lake rose. As a result many animals became trapped and required rescuing.  The rescue project was named ‘Operation Noah’ and was lead by Rupert Fothergill with the head vet being Dr John Condy who pioneered many of the veterinary procedures used. No rescue programme on this scale had ever been undertaken anywhere in the world and certainly not involving such large numbers and variety of wildlife species.

The dam was constructed between 1955 and 1959 by Impresit of Italy at a cost of $135,000,000 for the first stage which was the Kariba South power cavern. Final construction and the addition of the Kariba North Power cavern was built by Mitchell Construction and was completed in 1977 for a total cost of $480,000,000. During construction, 86 men lost their lives. Over a million cubic metres of concrete was poured into the 128 metre high wall which has a thickness of over twenty four metres, this construction  being necessary to withstand the pressure of nearly ten million litres of water which pass through the spillway every second.

At then end of 1958 the sluice gates were closed and in 1963 the maximum level was reached. At the time of its completion it was the largest man made dam in the world and is still today the largest lake by volume. The lake is two hundred and eighty two kilometres (176 miles) long and in places up to forty kilometres (25 miles) wide. The dam holds 185 cubic kilometres (150,000,000 acre·ft) of water.

The town of Kariba was built for construction workers on the lake’s dam, while some other settlements such as Binga Village and Mlibizi in Zimbabwe and Slavonga and Sinazongwe in Zambia have grown up to house people displaced by the rising waters. 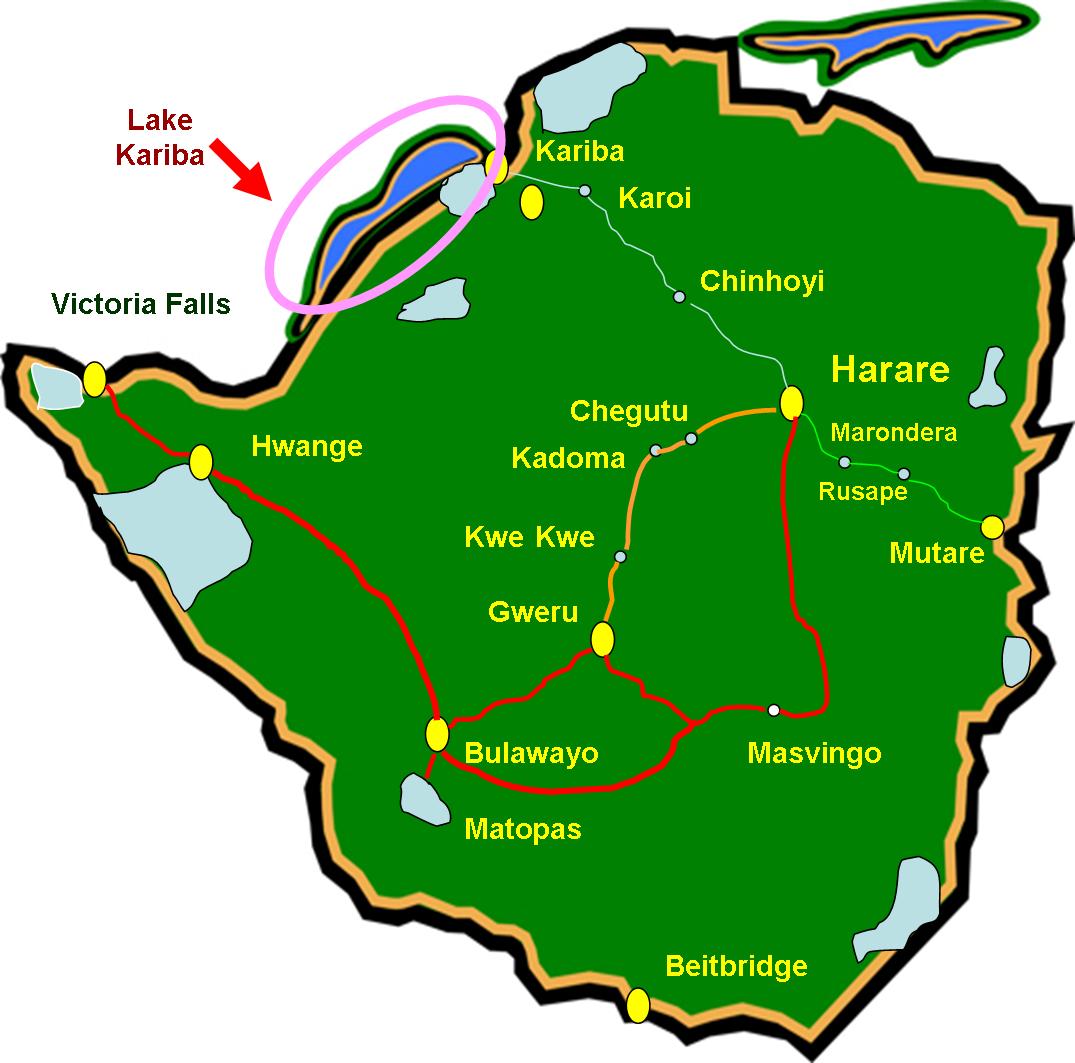 Kariba:  The name Kariba (Kariva – meaning trap) refers to a rock which thrust out of the swirling water at the entrance to the gorge, close to what is now the dam wall site. The rock now lies some one hundred feet below the water surface.

The Zambezi River rises in north western Zambia and its catchment area covers 1,352,000 square kilometres and eight countries, namely Angola, Botswana, Malawi, Mozambique, Namibia, Tanzania, Zambia and Zimbabwe. It flows for approximately 2650 kilometres from its source and enters the Indian Ocean in Mozambique at Quelimane. The Zambezi is the fourth largest river in Africa. 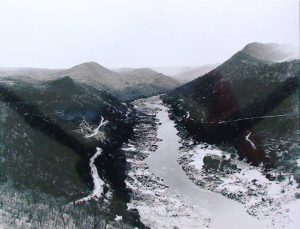 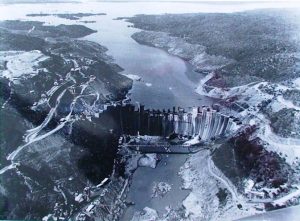 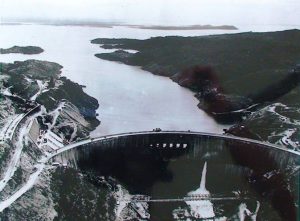 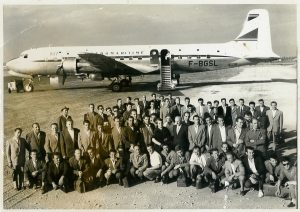 Air Zimbabwe flies into Kariba airport three days a week however be aware flights can be cancelled at short notice.

There is a fly in package from Victoria Falls to Binga with connections to Hwange and Mana Pools. Private charters are also available.

If you are travelling from Harare by road it will take you approximately 4 hours (370 km) to get to Kariba. If you are being met and are being transferred to your accommodation destination then most boat transfers take place from Marineland Harbour.

There are various destinations on the lake and depending where you are going it is approximately a 45-minute boat trip across the lake. It is recommended that you book this in advance which we can assist with.

For visitors who are self-driving through Zimbabwe, whether you come from Victoria Falls or Harare, there is a transfer journey that takes you across the length of Lake Kariba, approximately 1250km. This is a 24-hour ferry ride where you can sit back, relax and take in the views with your vehicle travelling safely with you. The Kariba Ferry runs on set departures and this must be planned and booked in advance.

The above times are approximate. Transfers can be arranged .

There are various facilities available in and around Lake Kariba. These include:

See ‘Accomodation’ on the menu bar

Lake Kariba is situated in northern Zimbabwe on the Zambezi River and forms the boundary with Zambia.

The Zambezi River rises in north western Zambia and its catchment area covers 1,352,000 square kilometres and eight countries, namely Angola, Botswana, Malawi, Mozambique, Namibia, Tanzania, Zambia and Zimbabwe. It flows for approximately 2650 kilometres from its source and enters the Indian Ocean in Mozambique at Quelimane. The Zambezi is the fourth largest river in Africa.

Lake Kariba is the world’s largest man-made lake by volume in the world and it lies 1300 kilometres upstream from the Indian Ocean along the border between Zambia and Zimbabwe.

There are a number of exciting things to whilst staying in Kariba.

Tiger Fishing Tournament: Lake Kariba is very popular with anglers and attracts numerous international and local competitors for the annual Tiger fishing tournament held in October every year. The first tournament was held in 1961 and is now in its 55th year (2016).

The lake itself is the major attraction and tripping around the vast expanse of water and visiting the various inlets is very pleasurable. Without doubt the unique scenery, the animals and birdlife are something very special. You will have many wonderful experiences and very good photographic opportunities and something not to be missed are Kariba’s famous sunsets.

A visit to the Kariba Dam wall is highly recommended. The dam wall also serves as the Customs point with Zambia which is easily accessible. You will require a visa which can be purchased at Customs.

“We really did not know what to expect when we visited Kariba but all I can say it was amazing. We stayed at Rhino Camp and Bumi Hills and spent lots of time on the lake. The lake is like a sea and we saw so much bird life and lots of  animals. The lodges were very comfortable, the food and hospitality wonderful “

“I don’t know where to begin…Kariba and Matusadona is an incredible place. The lake is vast and there is so much to see. The skeleton trees are amazing and we saw so much wildlife. The colours in the sunsets are breathtaking”

“We went to Kariba on Sean’s recommendation but unfortunately had to squeeze it in to an existing schedule and only had three nights there. What a place…it was so quiet with just the sounds of birds which were everywhere…we saw the amazing fish eagle…definitely have to go back.”