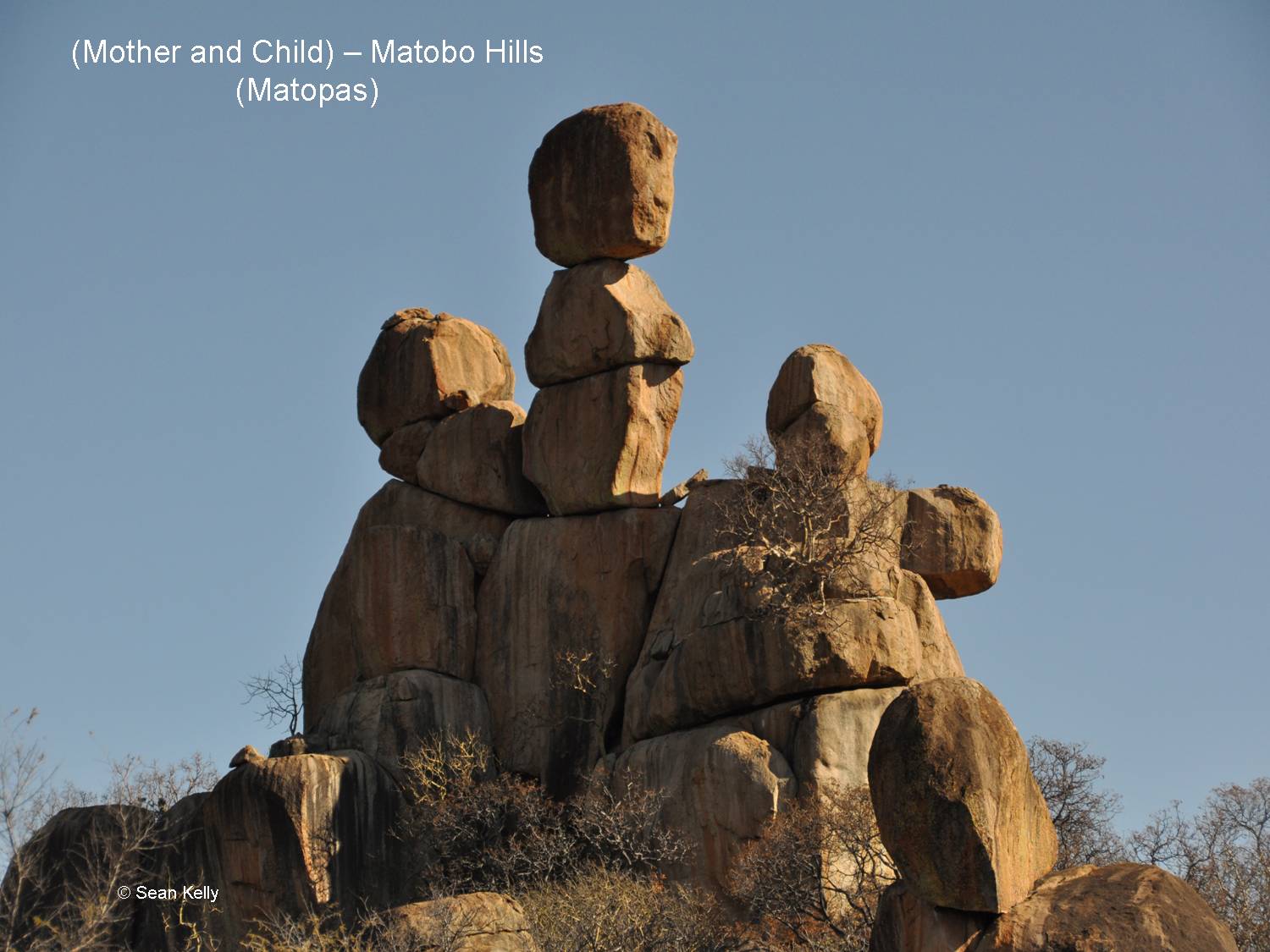 Visitors to Zimbabwe will experience something very special and unique.

Zimbabwe offers breath taking scenery, wild, unspoiled and highly acclaimed National Parks, unique flora and fauna and of course some iconic internationally acclaimed attractions such as Great Zimbabwe Ruins, the Matobo Hills, the Eastern Highlands, Lake Kariba and the majestic Victoria Falls. In addition it has a wonderful climate and offers all year round outdoor activities.

For decades prior to its well publicised political turmoil and economic collapse, Zimbabwe was the preferred African tourist destination for many travellers. For a number of years travel warnings to Zimbabwe had been in place, however at this time the British Foreign and Commonwealth Office have no restrictions in their travel advice. As with all countries, caution is required, however it is worth mentioning that Zimbabwe, despite the publicity surrounding its politics, has an outstanding record when it comes to tourism safety. 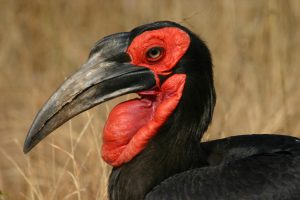 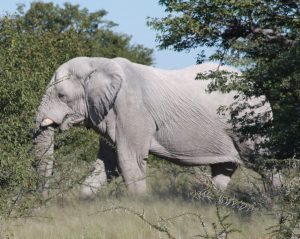 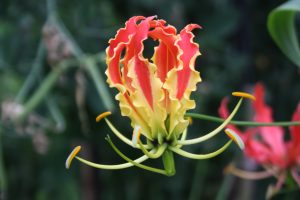 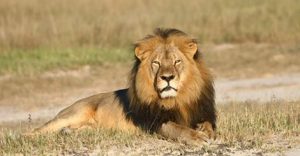 Despite experiencing some tough years in the tourism wilderness Zimbabwe operators have hung in there and continued to develop and invest in their properties and visitors have been rewarded with some simply amazing experiences. The diversity of its tourist offerings, the quality of its infrastructure and the warmth of the ’Zimbabwean Welcome’, ensures that the experiences of holiday makers are both enjoyable and memorable. The many positive comments on various travel websites attest to these experiences.

In May 2014 the General Assembly of European Council on Tourism and Trade decided unanimously to award Zimbabwe ‘WORLD BEST TOURIST DESTINATION FOR 2014’ and in June of this year (2016) the Zimbabwe Tourism Authority (ZTA) became the first national tourism organisation in Africa to join the Pacific Asia Travel Association (PATA). The two organisations signed a Letter of Agreement during the annual Sanganai World Tourism Expo in Bulawayo.

Over the last few years Zimbabwe has generally experienced a relatively stable period. Many tourist facilities have remained open during difficult economic times and are now beginning to reap the rewards of their optimism and investment as the numbers of tourists steadily increases.

There are a number of airlines that fly to Zimbabwe such as South African Airways, Emirates, Kenya Airways and Ethiopian Airways and many more that will fly you into Johannesburg where you can catch an easy connection into Bulawayo, Harare or Victoria Falls. 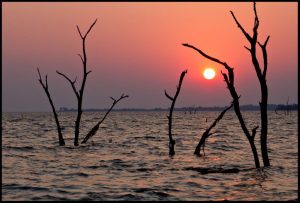 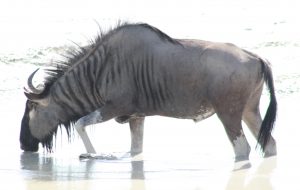 The fullness of the flights is testimony to the demand and it would seem that with future political stability, other airlines will no doubt follow suit in a bid to capture their share of a growing and potentially very lucrative route. Domestically, Air Zimbabwe flies between regional centres such as Harare, Kariba, Victoria Falls and Bulawayo.

And so onto Zimbabwe’s tourist offerings. What can the traveller expect? Well there are many wonderful things for the visitor to see and do and of course Zimbabwe caters for all budgets and levels of comfort. Facilities include mid-range to up-market hotels, safari camps and resorts, numerous designated camping areas, ‘over-lander’ facilities and B&Bs.

Zimbabwe’s landscape is one of quite dramatic contrasts. There are the cooler, mountainous Eastern Highlands with its tea estates and apple orchards, the drier but diverse and unspoiled South East incorporating Gonarezhou National Park and the Rundi and Save Rivers, the rugged Matobo Hills with its unique rock formations and San Bushmen paintings, the vast expanses of variable terrain of the Hwange National Park, the mighty Zambezi River with all its birdlife and animals, the enormously impressive Lake Kariba with its unique activities and spectacular sunsets and of course the iconic Victoria Falls.

Zimbabwe is best known for the mighty Victoria Falls and Hwange Game Reserve, however it has so much more to offer. The Great Zimbabwe Ruins (Masvingo) and Khami Ruins (Bulawayo)  are two of the world’s most unique and well preserved ancient cities, whilst Kariba Dam, extending over two hundred and forty kilometers in length is a unique engineering feat of its time and remains a formidable sight. It is a very popular tourist destination and offers a range of tourist facilities including safari camps, houseboats, game viewing and fishing, It remains very popular with anglers and attracts numerous international and local competitors for the annual Tiger fishing tournament held in October. The tournament is now in its 55th year.

In stark contrast to the raw power of the Falls and vast open expanses of Kariba, is the extensive Eastern Highlands of Zimbabwe which embraces Juliasdale, the Honde Valley, Nyanga, Melsetter, Chimanimani and the Vumba. The area boasts numerous magnificent mountainous granite formations and wonderful forests and again there is a variety of accommodation. The area is distinctly cooler than the rest of the country and offers a very different range of activities.  Only two to three hours from Harare, the area is a popular destination for walkers, birders, trout fishermen and golfers. The golf course at Leopard Rock in the Vumba area boasts what can only be described as one of the most unique and picturesque golf courses anywhere in Africa. The views throughout the Eastern Highlands are magnificent. The area boasts a large variety of bird species some which are quite rare and only occur in specific areas such as in the Honde Valley and the Vumba. The area is also very popular with hikers with the many trails offering various degrees of challenge but all presenting the visitor with breathtaking views.

Visitors to the Eastern part of the country in June to August will be exposed to a kaleidoscope of colour as the leaves of the indigenous Msasa trees transform and develop through a variety of reds, yellows, maroons, golds, browns, oranges, and greens over a few weeks. A wonderful sight to behold and photograph.

Zimbabwe has a number of environmentally diverse game parks and is acknowledged as having some of the best wildlife viewing in Africa. Due to the foresight of those in authority, in the early part of the last century, large tracks of land throughout the country were set aside as National Parks and Game Reserves. There are twelve significant Parks spread throughout the country with the most well known being Hwange in the North-West, Mana Pools in the North, Matopas in the South West and Gonarezhou in the South East. All are unique and have something different to offer visitors. Zimbabwe has approximately 199 recorded species of animals and 694 recorded species of birds with many of the latter only occurring in specific parts of the country.

The Matopas area, for example, 45 kilometers south-east of Bulawayo, has a very large number of  bird species and there the visitor may be lucky enough to see the rare Black Eagle. In the Matobo Hills (Matopas) there are also numerous ancient San Bushmen rock paintings and local operators will organise tours with experienced and knowledgeable guides. Zimbabwe is reputed to have one of the highest densities of ancient rock art in the world. A popular destination in the area is ‘View of the World’ where Cecil John Rhodes grave is situated. The area is characterised by it’s amazing granite rock formations. 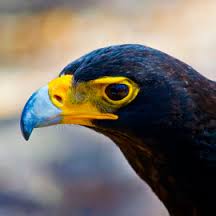 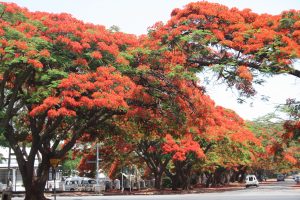 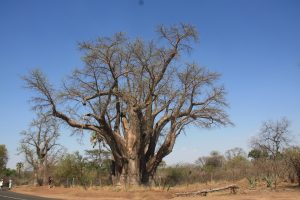 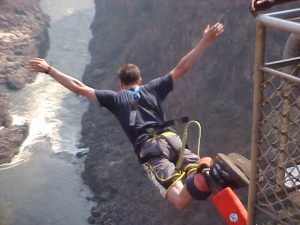 Given its exclusion as a tourist destination for many years, visitors to Zimbabwe will be very pleasantly surprised at the diversity and quality of the facilities. The Zimbabwean people are inherently friendly and welcoming and the relatively close proximity and accessibility to most areas makes for a relaxing and truly memorable experience.

So how do tourists get around?. Air Zimbabwe has had an erratic history but presently there are daily flights between Bulawayo and Harare and three times a week there are scheduled flights from Harare to Kariba, Victoria Falls and Bulawayo. It is best to get updates online or through your agent. Luxury, privately operated coaches do travel between all the main centres and are reasonably priced. Many travellers opt to avail themselves of the services of tour companies, whilst others do self-drive with many people travelling across the border from South Africa. Car hire in Zimbabwe can be relatively expensive especially with insurance added on. Less expensive car hire is available from local, non-international providers and vehicle quality is good.

Visitors to Zimbabwe will have wonderful experiences and leave with very special memories. The people are truly welcoming and Zimbabwe caters for all budgets. There are some very special hotels, lodges and safari camps  in the Eastern Highlands, the Matopas, in the various game parks, on Lake Kariba, Mana Pools, the Zambezi River and Victoria Falls.

One of the features of the holiday destinations in Zimbabwe is that they haven’t been over developed and over commercialised. Destinations are not crowded with tourist vehicles and there are still plenty of places to go to simply to chill out and see wildlife in its natural state. Zimbabwe is without doubt a tourism gem.